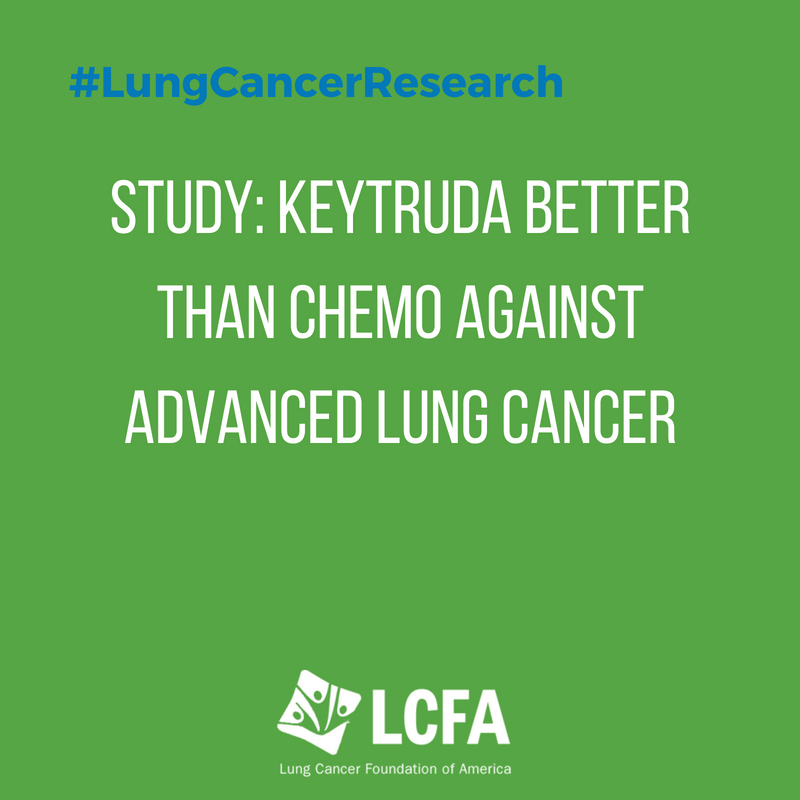 Keytruda, or pembrolizumab, extended life four to eight months longer than chemotherapy in lung cancer patients whose immune systems had been duped by their cancer cells.

But while Keytruda works better than chemotherapy, the combination of the two is likely to be the best first choice for treatment of lung cancer, Lopes added.

“We do believe based on a study presented about a month ago that the combination of chemotherapy plus pembrolizumab probably is better than pembrolizumab alone,” Lopes said. “What we likely will see as the new standard of care is for us to combine both drugs.”

Keytruda fights cancer by “taking the brakes away from the immune system so our own defense cells can recognize cancer cells and kill them,” Lopes explained.

PD-L1 is found on cancer cells, and it essentially shoos away the immune system, fooling it into thinking that cancerous tissue is normal and healthy. Keytruda blocks that interference, allowing killer immune cells to find and destroy the cancer.

“For all the three groups we studied, pembrolizumab led to longer survival and higher overall survival rates than chemotherapy alone,” Lopes said.

“You can give these therapies to people who are not feeling particularly well, because for most of the people it doesn’t have the kind of side effects that come with chemotherapy,” Johnson said.