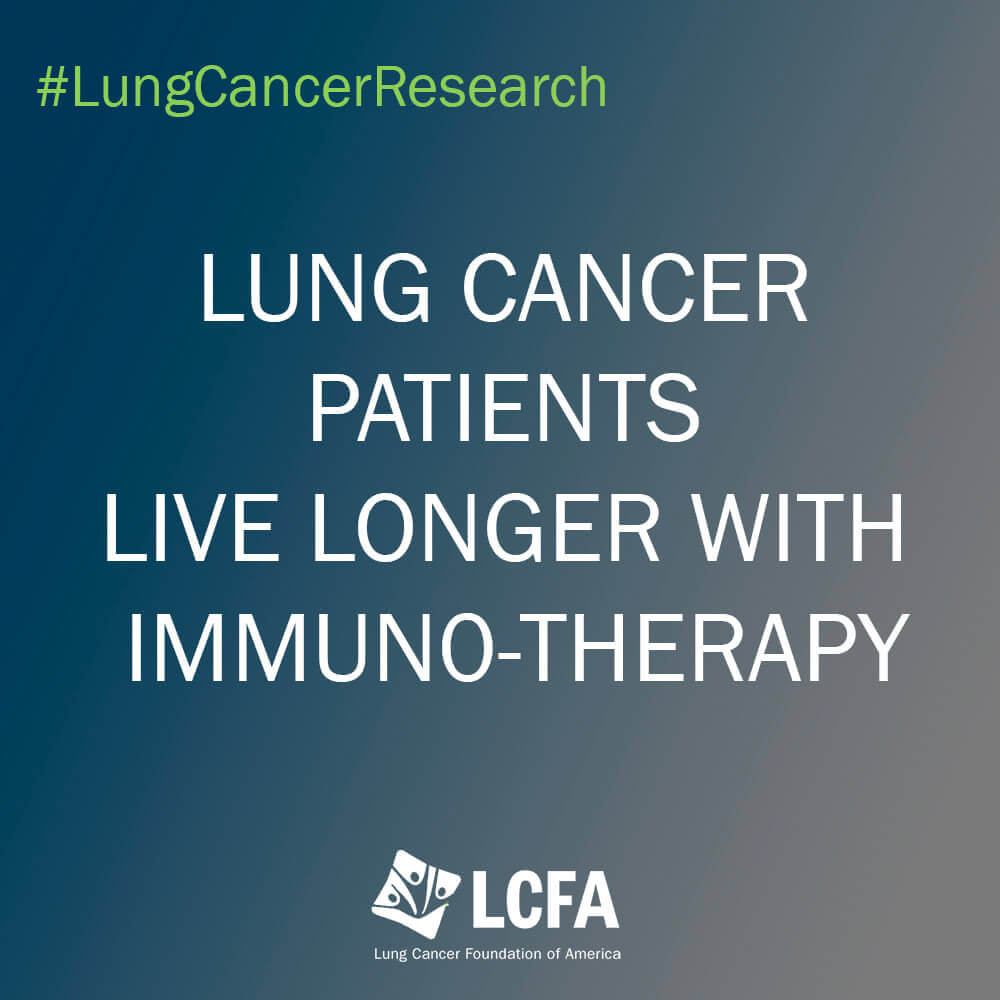 From The New York Times

Odds of survival can greatly improve for people with the most common type of lung cancer if they are given a new drug that activates the immune system along with chemotherapy, a major new study has shown.

The findings, medical experts say, should change the way doctors treat lung cancer: Patients with this form of the disease should receive immunotherapy as early as possible.

“What it suggests is that chemotherapy alone is no longer a standard of care,” said Dr. Leena Gandhi, a leader of the study and director of the Thoracic Medical Oncology Program at the Perlmutter Cancer Center at New York University Langone Health.

Immunotherapy has been making steady gains against a number of cancers. Four such drugs, called checkpoint inhibitors, which unleash the patient’s own immune system to kill malignant cells, have been approved so far.

They cost more than $100,000 a year, can have serious side effects and help only some patients, generally fewer than half. But when the drugs work, responses can be long-lasting, and researchers are rushing to find ways to combine treatments to improve their effects and to determine which formulation is best for each patient.

“I’ve been treating lung cancer for 25 years now, and I’ve never seen such a big paradigm shift as we’re seeing with immunotherapy,” said Dr. Roy Herbst, Chief of Medical Oncology at the Yale Cancer Center. He was not involved in the pembrolizumab study.

Lung cancer is the leading cause of cancer death globally, causing 1.7 million deaths a year. In the United States, it is expected to kill more than 154,000 people in 2018.

Patients in the study had an advanced stage of non-squamous non-small-cell lung cancer. The immune-activating drug was a checkpoint inhibitor called pembrolizumab, or Keytruda, made by Merck, which paid for the study. The chemotherapy was a drug called pemetrexed, plus either carboplatin or cisplatin.

Dr. Gandhi said chemotherapy alone had only a “modest benefit,” and could add only a few months of life, with most patients surviving about a year or less. The combination treatment is a significant improvement, she said. It is already approved as a first-line treatment for this disease, so it should be covered by health insurers.