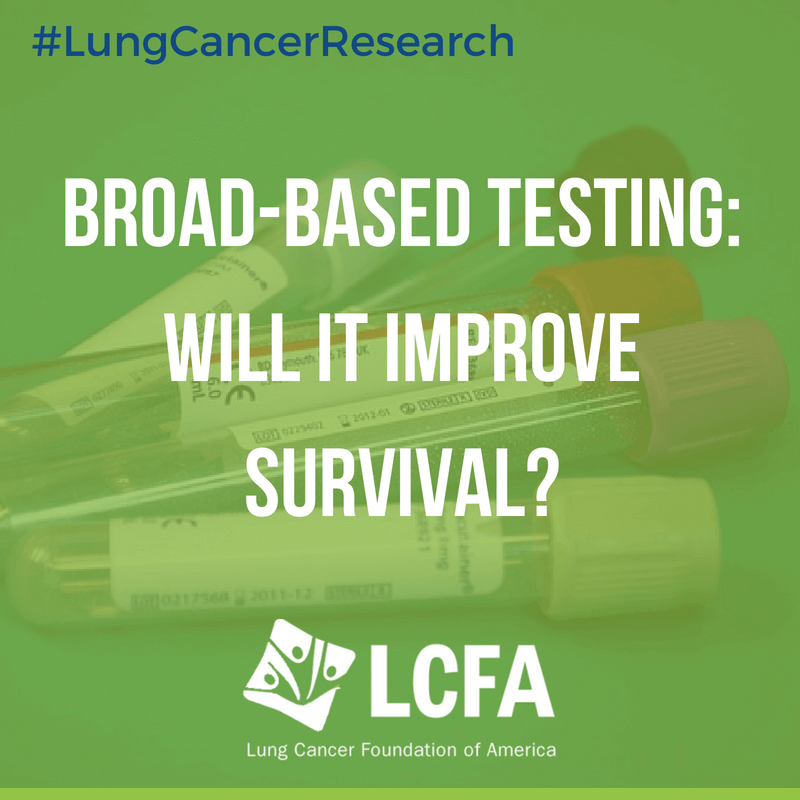 Broad-based genomic sequencing, is useful in identifying tumor mutations in patients with non-small cell lung cancer (NSCLC). But, it may not improve survival outcomes when compared to routine genomic testing, according to a recent study published in JAMA.

Using the Flatiron Health Database, the team analyzed the records of 5,688 patients with advanced NSCLC. Patients came from 191 community oncology practices between January 2011 and July 2016. Of the total, 875 patients received broad-based testing that analyzed more than 30 genes. Another 4,813 received routine genetic testing for key EGFR/ALK mutations. The EGFR/ALK testing was the standard of care for these patients at the time of the study.

Despite its perceived benefits, researchers found that broad-based testing did not improve overall survival rates. Those who received the more thorough testing panel had a mortality rate of 49.2 percent, compared to 35.9 percent for routine testing recipients.

Additionally, in the small percentage of instances where broad-based testing informed treatment decisions, the researchers noted that it is unclear if these treatments led to better outcomes.

The lack of association between broad-based testing and improved outcomes could be due to many factors; most notably, a lack of available treatments for the mutations that are found. As the researchers explained in a press release on the study, the ability to identify these mutations has outpaced doctors’ ability to provide patients with targeted therapies.

Other factors include insurance denials of off-label drug use, prohibitively expensive treatment costs and a lack of access to clinical trials.

“Improved access to research clinical trials in the community setting may improve use of mutational data,” they added. “Efforts to increase access to broad-based genomic sequencing should be paired with efforts to facilitate clinical trial enrollment.”