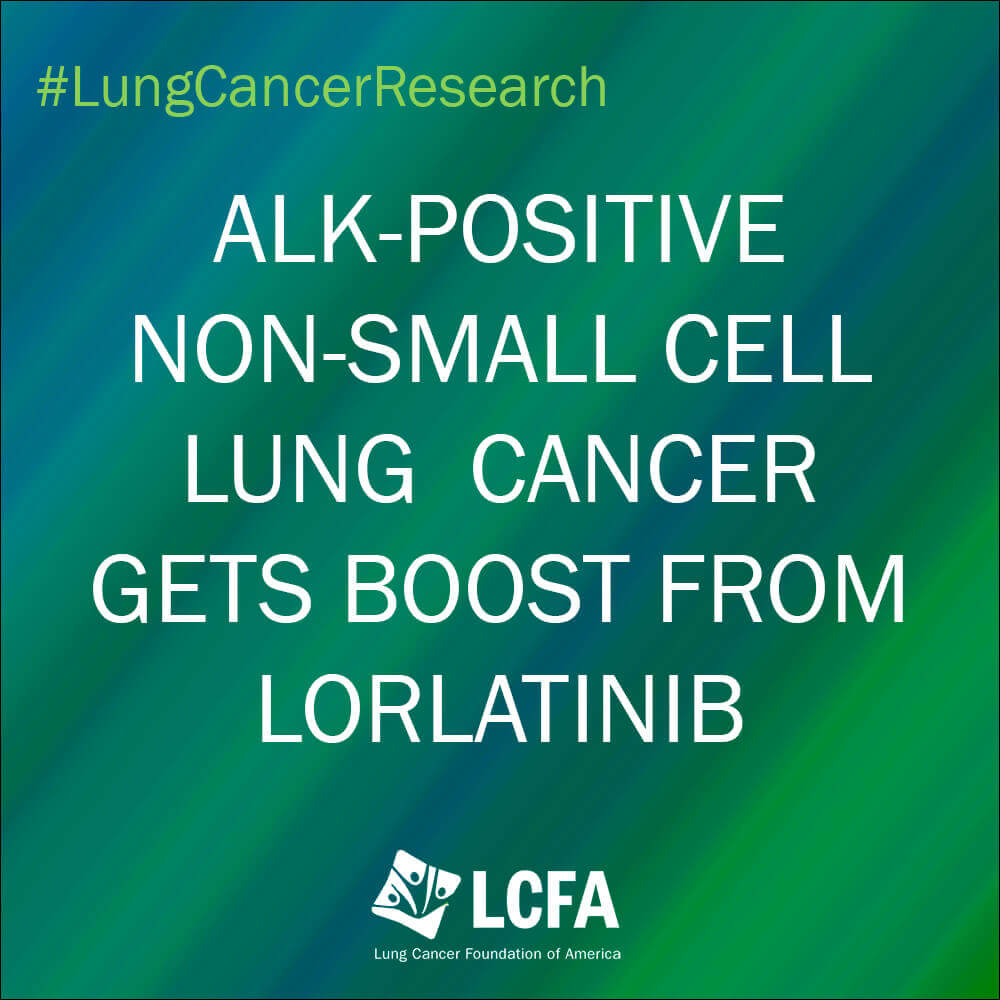 Lorlatinib also induced responses in patients previously treated with one or more second-generation ALK TKIs. However, in this group, the response rate with lorlatinib was considerably higher among patients with at least one ALK mutation detected (61%.2 vs. 26.4%).

“In patients relapsing on a second-generation ALK inhibitor, ALK mutations may serve as a biomarker to identify patients more likely to respond to lorlatinib,” Alice T. Shaw, MD, PhD, professor of medicine at Harvard Medical School and attending physician in the thoracic cancer program at Massachusetts General Hospital, said during her presentation. “Patients resistant to a second-generation ALK inhibitor are less likely to respond to lorlatinib in the absence of a detectable ALK mutation; however, some mutation-negative patients do respond.”

Lorlatinib has demonstrated preclinical activity against most known resistance mutations.

In a phase 1/phase 2 study, the agent exhibited robust clinical activity among patients with ALK-positive advanced NSCLC. Most patients in that study had received prior treatment and had central nervous system metastases.

Shaw and colleagues performed molecular profiling of circulating free DNA and tumor tissue in an effort to identify molecular correlates of response among patients who previously received ALK TKI therapy and received the recommended phase 2 dose of lorlatinib (100 mg daily).

“Longitudinal profiling of circulating free DNA and/or tumor tissue will help define the evolution and heterogeneity of lung cancers treated with lorlatinib,” Shaw said. “Elucidating mechanisms of resistance to lorlatinib will be critical to developing the next generation of therapeutic strategies for ALK-positive NSCLC.”

“Lorlatinib is highly active, especially for patients who have received multiple other ALK inhibitors. In this study, the researchers used plasma and tissue to look at the mutational changes as a result of treatment with different TKIs. The concept is, if you know what the mutation is, you might be able to select a drug to specifically hit that mutation. If a patient progresses on one TKI, you can perform a biopsy, identify the mutation and then administer a drug that is going to work against that particular mutation to hopefully rescue the progression. That is a really cool thing to be able to do. The questions are, how fast can we do it and how many patients will have adequate tissue to do that? That is where plasma comes in. If we can truly do this from plasma, it would be revolutionary for this patient population. Given the activity observed with lorlatinib, we are probably going to see studies conducted in the frontline setting, if they aren’t already underway. If I have a patient with an ALKtranslocation, I definitely would look for a study that allows lorlatinib and see if my patient could get on it.”