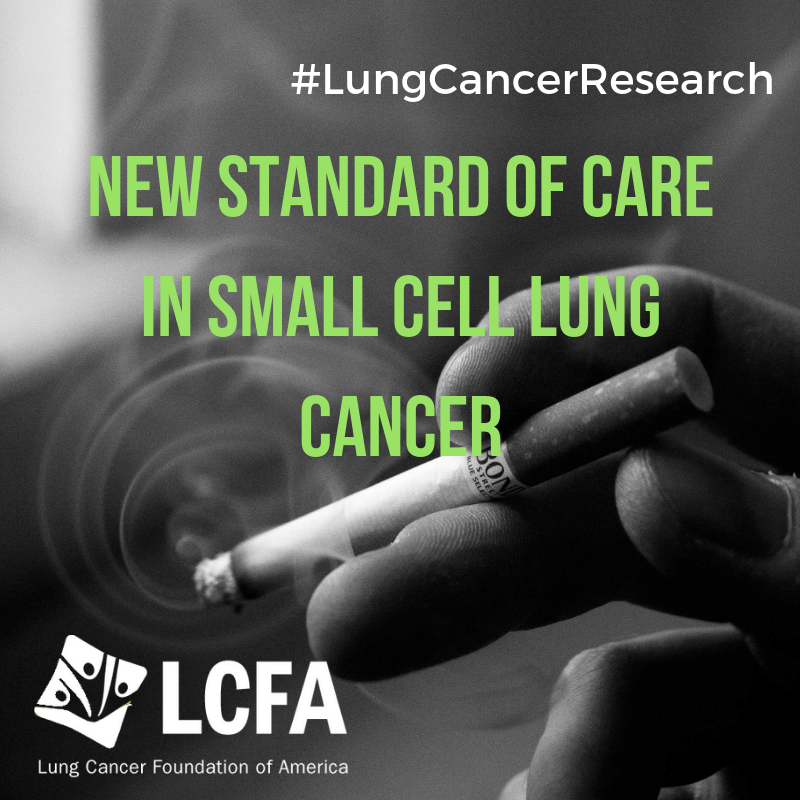 For the first time in decades, overall survival has been shown to improve in patients with extensive-stage small cell lung cancer (ES-SCLC) when concurrent immunotherapy is added to standard chemotherapy in the first-line setting.

“This is a highly lethal subtype of lung cancer with a 5-year survival of only about 1% to 3%,” Stephen Liu, MD, Lombardi Comprehensive Cancer Center, Georgetown University, Washington, DC, told a press briefing here.

“Most patients respond at first, but as much as we expect a response, we also know it’s transient, and median survival remains about 10 months,” he added.

Immunotherapy with programmed cell death inhibitors has already made an impact on the treatment of non–small cell lung cancer (NSCLC), and the investigators were hoping that this trial would show a benefit in patients with SCLC.

“We showed that the concurrent administration of atezolizumab to chemotherapy helped people live longer, with a median overall survival of 12.3 months compared with 10.3 months with chemotherapy alone, so we had a 30% reduction in the risk of death,” Liu said.

“We really think these data suggest that atezolizumab plus carboplatin and etoposide is a new standard of care for the initial treatment of ES-SCLC,” he added.

SCLC is a preventable disease

“Any progress that we’ve made is related to cigarette consumption, rather than our therapeutic efforts,” she said.

Given this, Leighl absolutely agreed with Liu that atezolizumab should be considered a new standard of care for stage IV SCLC, based on a clear, unmet need for better treatments for this disease and nearly 4 decades without virtually any progress.

“We have a long way to go to catch up with NSCLC,” Leighl noted.

“But that progress starts today,” she said, adding, “SCLC is still a preventable disease, and we need to take urgent steps towards tobacco control to help us eradicate it.”