Lynda Roth
As Told By Her Partner, Lisa Richter

Born in a rural town outside of Pittsburgh, Pennsylvania, Lynda began studying music at the age of seven and performed in choirs from age eight.  Her professional career began at 21, the summer before she graduated from Brandeis University.  She responded to an ad in the local press looking for a female singer piano player.  Band members Jimmy and John drove out to hear her.  Lynda sat down at an old upright on the ground floor of the three-story grey farmhouse where she rented a room, wailed out Carol King’s It’s Too Late and got the job. Her first gig ran the full summer at a place called Gatsby’s on Cape Cod: seven weeks, seven nights a week.  The year was 1973. 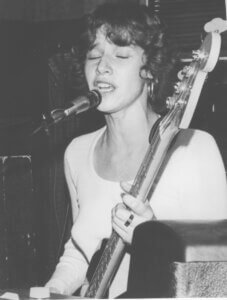 As pianist, vocalist, and composer, Lynda captivated with her sultry voice, her visionary ideas.  She performed twice in Carnegie Hall during a musical partnership with Debbie Friedman, toured internationally as music director of Playboy’s Girls of Rock and Roll, and had an early band album selected as one of Billboard’s Top Album Picks.  Following her studies with LA jazz great Spud Murphy, she earned an Emmy for an instrumental piece she composed for PBS, and later founded The Muse Project for which she wrote nearly forty orchestral and choral works based on American historical documents and literature.  From jazz to pop to R&B, Lynda was a master at improvisation.  She had a large following in southern California where she made her home and entertained in restaurants and clubs.

I knew Lynda during the last eight years of her life.  We met through music—I  showed up on her doorstep one afternoon wanting to learn jazz piano.  Lynda was playful, irreverent, honest without apology, and thoughtful beyond words. I’d never known anyone like her.  We became friends.  And then we fell in love.

The diagnosis came in July 2010.  Lynda and I had gone to the ER because of a cramp in her leg.  Initial tests revealed it to be a clot.  Further tests revealed stage IV metastatic non small cell lung cancer.  The day before, she’d been at the gym, bench pressing and running the treadmill.  It seemed impossible that this dynamic woman—who ate organic, took daily supplements, and had the muscle tone of an athlete—could have cancer.

During the following week spent in the hospital together, Lynda was pure optimism.  She had a strong spiritual and meditation practice.  She’d conquered much in her life; she was certain she would conquer this, too.  In high spirits, she had everyone in the hospital laughing:  the endless stream of friends and well-wishers who came for a brief visit and stayed all afternoon, the nurses, the doctors, even the young orderly who brought her the bland lunches and dinners on a plastic tray.  Her sight was always beyond the disease.  She began an intensive chemotherapy regimen and stuck with it for nearly two years.  Weekly acupuncture and energy treatments along with inspirational talks with healers and others (most notably, Kim Norris) helped to ease the devastating effects of the chemo.  The disease gradually claimed her singing voice and consumed her body, but it never managed to enter her mind or her heart. 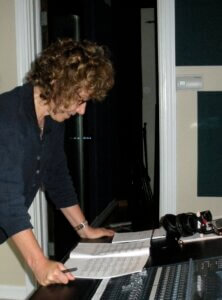 Lynda’s musician friends in southern California joined together to host a gala benefit concert in her honor to raise funds for the treatment. The financial contributions came pouring in.  The packed event was held in January 2011, six months after the diagnosis.  It was an evening of music, song, and heartfelt—and often hilarious—recollections.  A beautiful, unforgettable gift to her.

Following her death, I received countless emails, letters, and phone calls, each expressing shock and sorrow at Lynda’s passing.  She had a profound connection to so many.  They spoke of her brilliance, of her convictions, and always of her extraordinary kindness.

An intimate memorial ceremony was held in Laguna Beach at an outside amphitheatre in Heisler Park, a beautifully landscaped garden walk along the Pacific coast.  The spot had been a favorite of Lynda’s.  In fact, her innovative program to utilize the power of music to teach American history and literature—America Revealed—was birthed in Heisler Park during a morning’s walk in 2005.  Lynda had been intrigued by how the vision for America always seemed to be butting heads with the reality that ensued, and how documents, laws, stories, and poems throughout history reflected this.  Lynda thought, too, that this was likely a stimulating way to teach our history, and further, if the documents and literature could be put to music, it could possibly revolutionize the way students learn.

The musical works she composed for The Muse Project’s America Revealed are derived from original texts. Some are stately (such as The Gettysburg Address and The 19th Amendment), some are Broadway-esque (The Constitution of the United States), and others are gutsy blues tunes (Sojourner Truth’s Ain’t I a Woman speech).  Her Uncle Tom’s Cabin, a compilation of eight individual songs, is an operetta masterpiece, the lyrics taken strictly from the Harriet Beecher Stowe novel.

When others would question the concept of music paired with history and literature, she’d smile and respond:  “How did we learn our ABC’s?  No one told us to memorize A to M one week, and N to Z the next.  We learned them through song, and we never forgot them.”  Lynda’s work has been implemented in schools on both coasts.  Her legacy continues.  Since only about a fourth of her compositions were recorded before her death, there is much work ahead.  A selection of her compositions can be heard at themuseproject.org.