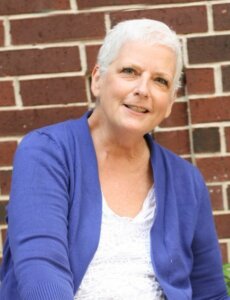 Karyn was born Jan. 19, 1951, in Duluth, MN, the oldest child of William W. Lofgren and Nathalie Jane Quick. She enjoyed an idyllic childhood in Minnetonka, MN, where all of the kids are above average, and graduated from Minnetonka High School in 1969. She lived in many places, including Hawaii, Arizona and New York, but she considered Rapid City, SD, Houston/Friendswood, TX, and Salt Lake City, UT, to be her homes.

Karyn never met a stranger. A casual observer might naively assume she simply loved to talk. But the wise knew that she was more eager to listen. She used her gift of gab to invite others to share their joys and their sorrows alike. She had a keen interest in everyone she met and left them feeling that they were special and important. She always saw the good in others, and her kindness and compassion knew no bounds. The sole selfish act that anyone can remember was when, in her final hours, she asked the doctors to edit her records to convert her weight from pounds to kilos.

Karyn sang beautifully and in many church and community choirs. She loved adventure and bravely tried new things. She also enjoyed handicraft of all types. She leaves behind many nearly completed projects. But she finished the project closest to her heart — raising her four sons to be men of whom she was enormously proud. She steadfastly maintained she was only 21, yet miraculously she became an adoring grandmother to seven kids ages 17 years to 17 months.

She married James A. Ericksen on June 21, 1975, and they had Richard S., Andrew J., Paul A. and Daniel L. in the span of six years. They later divorced. As a single working mother of modest means, she heroically shaped each of her boys into men who were worth a darn. She married and divorced two more times because, as her father remarked, her weddings were about the only family reunions the Lofgren clan seemed able to pull together. Finally, she married Steven D. Bunnell on August 6, 2005, and they loved and cared for one another for the remainder of her life.

In 2013, Karyn was diagnosed with stage III lung cancer. She never smoked in her life. You don’t need to smoke — you only need lungs. Rather than complaining, she chose to live to its fullest each day her Heavenly Father saw fit to give her. She poured all of her energy into creating memories with family and friends and giving hope and encouragement to others. Cancer ultimately robbed her of time, but could not diminish her spirit. Though it is unlikely she will let herself rest long in her new heavenly home, we know she is at peace in the company of the Lord, whom she lived to serve. 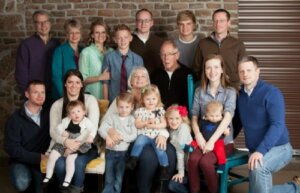