Jim Lamp
As Told By His Own Words

My name is Jim Lamp & I have served 6 years in the Navy most on a Fast Attack nuclear submarine & 28 years working at a nuclear power plant, most recently as a Shift Forman in California.  I was born November 1960, 53 years ago.  I love God, my family & friends very much & thank them all for their support the past 3 years.  I’m a 3 year stage IV, non-operable lung cancer survivor.

I was having my 50 year old physical, the 100,000 mile check up & told the doc I had a slight muscle pain in my upper right chest.  X-ray & CT scan later showed spot.  I later had CT guided Biopsy at French Hospital in San Luis Obispo.  Waited all day for Biopsy, where they use a large hollow core needle to snip off sections of lung, with no pain medication.  March 29th, 2011, I found out I had lung cancer.  I then took about a month to visit 4 different Oncologists, one up at UCSF.  Chose Dr. Spillane in San Luis Obispo.  During this time I was also getting other tests done including a PET scan, MRI, breathing tests, fluid in my lung testing etc.  I got a call from the Radiologist that when looking at my PET scan they saw a 75% collapsed lung & I needed to go to the emergency room.  I called my wife & we drove to Sierra Vista Hospital in San Luis Obispo where the Radiologist was to perform procedure to drain my lung, which they did & left the tube in for a week for me to self drain.  We had to visit the Twin Cities Hospital in Templeton emergency room once because the tube was coming out, but felt a lot better after the fluid was removed & I could breathe better.  Fluid test also came back as positive for cancer cells & was then told that I was Stage IV, non-operable, otherwise terminal.  The Doctor recommended Chemotherapy to extend my life & possibly radiation for palliative reasons & was shown by another doctor that I had 6 to 18 months to live with treatment.

As a note I had quit smoking for 8 years prior to diagnoses & 65% of patients are non-smokers or x-smokers & 15% never smoked. 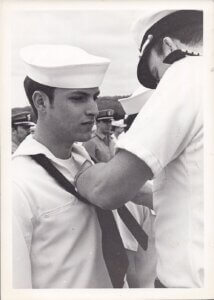 2011, I started 3 different chemotherapy drugs (Taxol, Carboplatin & Avastin).  The nurses called the heavy hitters.  Odd to see nurses mix these chemicals with rubber gloves & aprons & then put in someone’s body.  Chemo drugs were burning my arm when going in through IV & was told I should get a Port put in, so the following week May 12th, I had surgery by Howard Hyashi to put in a Port – a Catheter in my chest.  Tube runs into large vein near heart.  I was scheduled for 6 treatments of this chemo every 3 weeks through the end of August.  I started to see a naturopathic doctor during this time & started to take supplements, started to go to cancer support group, see Holistic doctor, Pastors & therapists.  I created a support group without really knowing it & all including my small family & friends have kept me sane & out of the rubber room.  I also started to eat better & got many meals at the Wellness Kitchen in Templeton.  I was also getting closer to God whom I strayed.

My Mom & son Randy visited in late June/July & rented an apartment, apparently we did not have room for them in our 4 bedroom house.  Randy subsequently moved here in late August & stayed with friends until my house was ready and has been here ever since.  July 20th, 2011, my wife told me to move out, & I was served divorce papers shortly thereafter.  September 15th I moved in with my friend Rich Harvey.  My house became available in Oct & I moved back there.  Walter who was one of my renters had died of cancer & his wife had a lot to do.  In this timeframe I was packing my things & eating over at my friends the Wilsons.  I had to move before my house was ready & with only hours of notice had 8 people over to help me move my things to various places.  I then had to buy most everything to furnish my house as I sold most everything when I combined households.  I also had to get new carpet & paint the house after years of renting.  This was a very trying time & very thankful for my friends that helped me & God for showing me that I needed to forgive but didn’t need to forget.

I was getting CT scans during this time also & the last at the end of August showed about 40% shrinkage & the fluid in my lung was gone.  I had a lot of side effects such as upset stomach, heartburn, bloody nose, constipation, Diarrhea, aches & pains, neuropathy (nerve damage to extremities, feels like numbness or asleep feeling) etc..felt like the flu all the time.  Scans also showed that I had an enlarged Lymph node pressing on my windpipe & doctors agreed to use radiation to try to shrink it.  September 28th, 2011, I started Radiation treatments after another PET Scan while taking another chemo drug Cisplatin.  I did 33 of these treatments, with the side effects of chemo again plus Radiation effects some which show up months to years later. 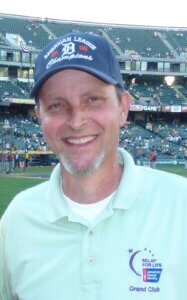 After this Radiation Nov, Dec time frame scans showed fluid was back & I was in a lot of pain.  I had been taking pain meds but now had to up the dose.  I visited doctors out of the area during this time for reassurance.  Spillane wanted me to take the chemo drug Avastin as a maintenance drug.  Remove the fluid as needed by a procedure called a Thoacentesis, where essentially a doctor puts a tube into your chest & with a vacuum bottle suck the fluid out.  This is done again with no pain meds & is very painful.  My Insurance Anthem Blue Cross would not cover the Avastin use as maintenance as it was not approved as a 2nd line therapy, although it had been used on people in the past for the same reason.  I appealed to the insurance company but, Dr. Spillane decided not to support & thought not worth fighting at this time, so I did what I could, but was fighting a losing battle without doctors support.  I gave up after I had moved on to other treatments & would not help me any more.  Who knows if it would have been some benefit?  Dr. Spillane then wanted me to take another Chemo drug Alimta which I started around Feb 21st, 2012.  I also had my 1st Thoracentesis done Feb 16th.  Radiation Specialist wanted to perform 13 more treatments of Radiation to reduce my pain, so I got another PET & CT scan & MRI & began radiation March 15th, 2012.  Radiation did not help with pain & I had 2 more Thoracentesis in April.  Alimta was very hard for me to take & was practically bed ridden & was down to 149 lbs.  I had lost 45 lbs to this point.  Doc didn’t give me much more time & I started to contact the various Hospices in our area.  I also decided to visit doctors out of the area again.

In April I visited Dr. Reckamp at City of Hope in LA, who was recommended by Kim Norris of the Lung Cancer Foundation of America.  Reckamp wanted me to stop Alimta & start a clinical trial & have surgery to place a Plurex drain tube in my chest right away.  Started my 1st clinical trial April 25th 2012, a phase II study of Tarceva with AZD6244 AstraZeneca, after many more tests etc.  I also had surgery to place the Pleurx tube in my chest on May 2nd at COH.  Both Tarceva & AZD6244 were oral pills, so after many visits to COH at first I was able to go down there monthly for checkups etc.  It’s about a 3-4 hour drive to LA from Templeton.  Side effects were bad as usual with the worst being my digestive track & rash, among many others, but was able to do most things.  Pleurx tube was one of best things I did, although I had to drain myself every couple of days, my breathing was better & didn’t have to do any more of those Thoracentesis.  Trial seemed to work for about 4 months as I was getting numerous scans, but latest scan showed progression of disease around Sept. 2012.  Reckamp then recommended another trial this time a Phase I/Ib study of GSK1120212 GlaxoSmithKline & Chemo drug Docetaxel.  GSK 1120212 was oral but Docetaxel was IV through my port.  So after much testing again I qualified to start & began Around September 24th, 2012.  Had to go to COH more often because Docetaxel was IV & had to be given there every 3 weeks.  Had the usual side effects.  Oct 12th 2012 I had surgery again to remove the Pleurx tube as I was getting minimal fluid out.  Also after many CT scans Jan 2nd 2013 showed progression of disease again.  Reckamp had been communicating with Dr. Goldman at UCLA as she had run out of trials for me & UCLA had some that I would be a good fit for.  She told me I had only 2 months to live if I didn’t find treatment.  I also was tested for O2 level & started on Oxygen at night around Jan 22nd 2013.

Near this time I was invited to a church where Jack Little was the guest speaker & after the service he asked if anyone needed prayer.  I didn’t ask, but Jack came up to me & asked what it was I needed prayer for & he along with others prayed for my healing.  It felt like a gift from the Holy Spirit & I knew I had found my tribe.  Jack has planted many churches & soon started another The Field & I felt I was home & done searching.  I also had an awaking that what really matters is our Love for Jesus & his Love for us. 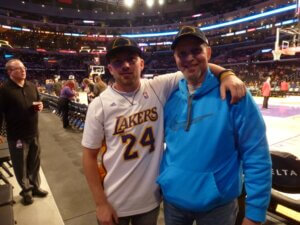 Met with Dr. Goldman at UCLA & started my 3rd clinical trial, a phase I study of LY2835219 Eli Lilly Company.  This is an oral drug with minimal side effects.  Qualified again after many tests, this time had to also do numerous skin biopsies & 2 lung biopsies again.  They went a lot better at UCLA because I self medicated & they just seemed to do it better.  I think they perform procedure more often.  This drug has stabilized my cancer & has even made some small improvements.  This is what I’m currently on.  I travel to UCLA monthly for check ups, blood tests & scans every 2 months.  I have put on about 20lbs & have stabilized, appetite is good & feel the best I have since I started treatment.  As you can see I’ve taken 10 different Chemo drugs including 3 clinical trials & 2 different Radiation treatments, but very thankful to be alive.

The LCFA has helped me personally even though that is not their mission & I am very grateful for their efforts in raising awareness & help finding a cure for this terrible disease.

Editor’s Note:  Sadly, on April 16, 2015, Jim lost his battle to lung cancer.  His is missed by his family, friends and military colleagues. The lung cancer community salutes Jim for his courage. 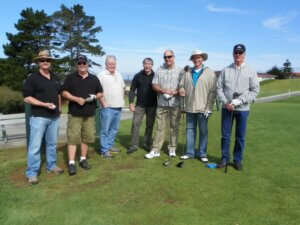