Jacqueline Gillis
As Told By Her "Second Son" Matt

Jacqueline’s entire life was preparing her for this chapter in her story, a chapter of learning for her and for her to teach others how to be a phenomenal human being, this chapter started in late November of 2013. After working for nearly four decades in the medical field as a Physical Therapist Jacqueline decided it was time to move to the mountains of North Carolina in preparation for her upcoming retirement. Jacqui was always a gypsy at heart, so much so that Eli and I gave her the nickname Jypsy, it just suited her perfectly. She wanted to make the move to the mountains of North Carolina because that was her favorite place on Earth, it was magical to her. It was also very special to her because she was born there, it felt like home.

She was so thrilled to have moved to Waynesville, NC, a cute little down right outside of Asheville. She orchestrated her entire 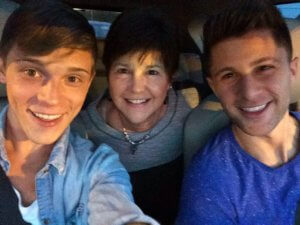 move from Birmingham, AL to Waynesville, NC by herself while Eli and I visited his family in Oregon for Thanksgiving. Once we were back on the East Coast we spent Christmas with Momma Jac in her new home. She was so excited to show us around, it was perfect. Two days after Christmas we went to the Biltmore Estate and took the Christmas tour. It was a picture perfect evening for the three of us as you can see from the picture, little did we know that in just five very short days our lives would be forever changed.

On January 1, 2014 Eli and I were at home in Nashville, TN relaxing after having a nice evening out with friends to celebrate the New Year. We got a call from Momma Jac and she was crying, while visiting the Emergency Room to take care of this nagging cough she had they ran a CT of her Lungs and they saw a mass in both lungs. Her ER Physician Dr. Lisa Flora was amazing; she decided that what Momma Jac had wasn’t bronchitis, so she took the extra steps to see what was going on. After getting the call, Eli and I immediately headed to North Carolina to take care of our Jypsy. Three days later she had a biopsy and we got the diagnosis, Stage IV Adenocarcinoma of the Lung. She was only 61 years old when diagnosed and had never touched a cigarette in her life. 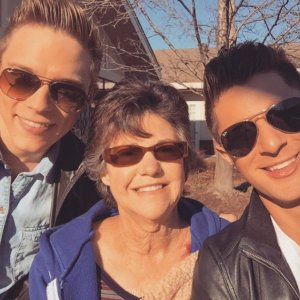 At first Jacqui tried chemo, it didn’t work. She tried another type of chemo, it didn’t work either. After a few months of this her Oncologist in Waynesville told her that there was nothing further he could do, so Jacqui being the Jypsy she was decided she wanted to try out Duke University as they were the best for Lung Cancer treatment. She was also extremely excited to go to Duke because she was a Duke Alumna. She spent seven weeks at Duke, trying Chemo and Radiation and they did help control the pain a little, but the side effects were just too much for her to handle.

After much discussion with doctors, family and friends Jacqui decided it was time to move again, this time to Nashville to be with her boys. We were fortunate enough to get her into The Sarah Cannon Cancer Center as a test subject for a new drug that was supposed to have an amazing success rate with Lung Cancer. After receiving the drug for a few months they came to the conclusion that it wasn’t working. She was fighting as hard as she could but the drugs were just too much for her so she decided to take a bit of a break.

Having worked in Home Health and Hospice throughout her entire career Jacqui knew how great of a tool Hospice was, so much so, that she decided to become a Hospice patient in late January 2015. She was still living on her own, doing her own thing, but they were able to help manage the pain she was having from the cancer which had spread- as well as the aftereffects of treatment. Having lived all over the country the best way for us to keep all of her family and friends apprised on her condition was through Facebook. As soon as she was diagnosed we created ‘Love for Jacqui’ as a tool for her to keep everyone updated on her, but also for her to use it as a tool to educate people about the process of cancer and dying. She didn’t want people to be scared, she wasn’t scared. On March 1, 2015 she decided to move into a Hospice facility, and then she actually moved to a Long-Term Nursing Facility while still remaining in Hospice care. She was very comfortable and her pain was being managed, and of course all of the staff adored her.

On April 30, 2015 this chapter of Jacqueline’s story ended, very peacefully in her sleep she went to begin a new chapter with all of herloved ones that passed before her. She wouldn’t want us to be sad that she’s no longer here with us, but to be happy for the amazing times we shared with her. She would want us to educate people on how to take better care of themselves and how having a disease like Lung Cancer is not just a sad part of your story, but how it gives you a platform to help educate others.

I am truly a better person for having known her. It was my absolute pleasure for her to have called me her ‘second son’. She has changed my life in more ways than anyone could ever imagine. I love you to the moon and back, Momma Jac. 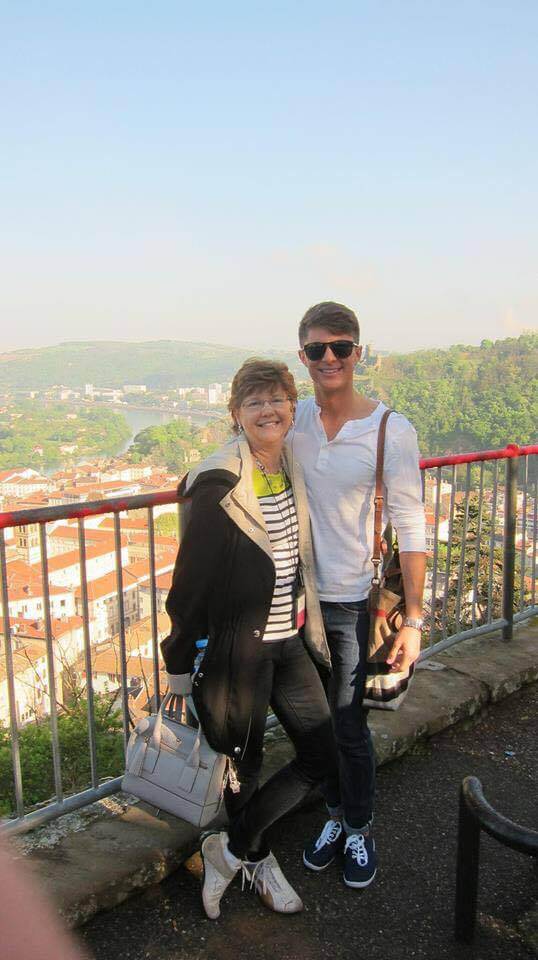