Erik Hidalgo
As Told By His parents, Terry and Frank

Erik Hidalgo was just 24 years old when lung cancer took his life, six days before his first wedding anniversary.   Erik was a non-smoker.

Erik’s family is tireless in their efforts to help other lung cancer victims. Every year since 2007, they have hosted an annual golf tournament in memory of Erik and his brave fight with this disease. 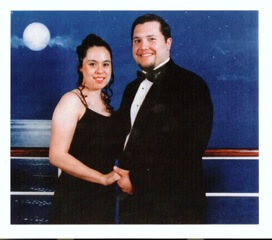 Here, in the words of Erik’s mother Terry, is the story of the Hidalgo Family’s commitment to keeping Erik’s memory alive:

“Our annual golf tournament, held in memory of our son Erik Hidalgo, began because he really enjoyed golfing. When Erik was starting to get very sick, all his friends and family members decided to hold a little tournament with Erik being the master of ceremonies. All the guys reserved camping spots at our favorite location, Mt. Lakes, and a cabin for Eik so he would be more comfortable. We arrived on Friday, and partied with Erik all that night.

“The next day, the plan was to go golfing and Erik was looking forward to it. Well, that didn’t happen. He was too weak to go, but he really wanted the rest of us to golf. One of his cousins stayed back to take care of Erik, and the rest of us went golfing.

“All the guys were so touched by this golfing trip that we decided then that, no matter what happened, we would continue to host an annual golf tournament.

“When Erik passed, we were in so much pain we just couldn’t put a tournament together. We started out by organizing everyone to participate in Relay for Life days on behalf of Erik. That’s when my brother, Eddie, got the idea of starting up the golf tournaments again.

“So, on April 13, 2007, we held our first golf tournament at California Country Club in Whittier, CA. Now, we are planning our 6th tournament, and our 3rd year with LCFA as the recipient of the proceeds.

“This tournament means so much to us, especially with all the help from our family and friends to pull this off. From the bottom of our hearts, THANK YOU everyone!!” 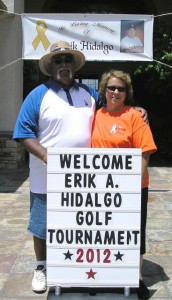 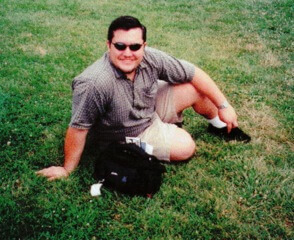