May 24th, 2019
The Relationship Between Air Pollution and Lung Cancer in Nonsmokers 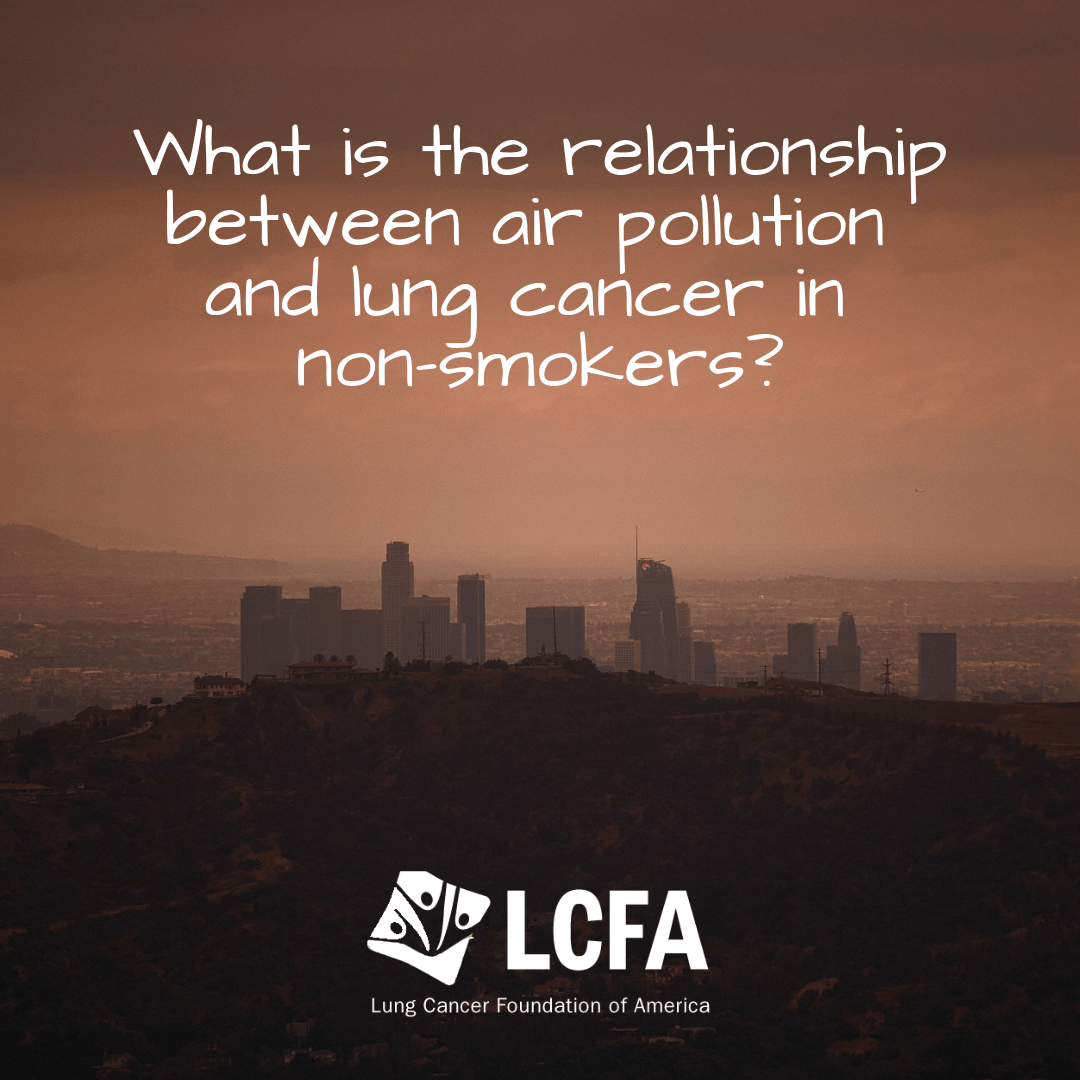 Relationship between air pollution and lung cancer in nonsmokers – is there one?

In the United states and in other countries where tobacco smoking has been common it was previously thought that 90% of lung cancer resulted solely from cigarette smoking, however, in 2016, Whiteman and Wilson revealed that the global tobacco population attributable fraction was high in men (81%) but markedly lower in women (58%). According to the GLOBOCAN 2012 study, the relatively high rate of lung cancer in east Asian women is of particular interest because tobacco smoking is generally rare in these populations. Compared to lung cancer rates among smokers, lung cancer in those who have never smoked is associated with patients of east Asian descent, females, and those with an adenocarcinoma lung cancer histology.This population is more likely to have distinct molecular markers, especially EGFR, ALK receptor tyrosine kinase (ALK), and ROS1 gene mutations. Comprehensive genomic analysis using whole-genome sequencing has identified significant differences between the tumor genome of lung cancer in patients who have never smoked and smokers. Particulate matter air pollution contributes to the incidence of adenocarcinoma lung cancer in Europe, but the corresponding effect in East Asia is uncertain. In Taiwan, there have been differences in air pollution trends between Northern and Southern  Taiwan for approximately 25 years. Using both the Taiwan National Lung Cancer database Adult Smoking Behavior Surveillance System and the long-term nationwide visibility data, we aimed to investigate the effect of air pollution level changes on lung cancer rates in Taiwan, where there is a high prevalence rate of lung cancer among patients who have never smoked.

Methods of testing the relationship of air pollution and lung cancer

Read the full article in the Journal of Thoracic Oncology, May 2019 issue.