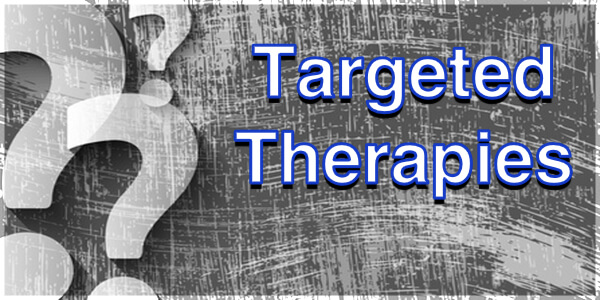 Regardless of smoking history, patients with cancer of the lung harboring specific genetic alterations who were treated with targeted therapies experienced longer survival than those patients who did not receive targeted treatment, according to results of a multi-institutional extension study to identify and treat oncogenic driver events. Sixty patients with a history of smoking and with EGFR/ALK/ROS1 alterations derived similar benefit from targeted therapy, when compared with 75 patients with no history and with similar alterations. Dara L. Aisner, MD, PhD, and colleagues demonstrated a survival benefit of 1.5 years for patients who received targeted therapy. The researchers concluded that molecular testing should be performed on all individuals with lung cancer irrespective of clinical characteristics.

“Lung cancer patients with a smoking history should undergo the exact same genetic testing as patients with no history of smoking,” said Aisner, associate professor in the department of pathology at the University of Colorado School of Medicine. She cautioned clinicians not to succumb to testing fatigue, however, in which an oncologist might test a majority of lung cancer patients in his or her practice and yet never identify an actionable finding, and decides not to conduct genetic testing in all patients moving forward.

Although guidelines recommend genetic testing regardless of a patient’s smoking history, testing fatigue may bias oncologists against offering genetic testing in patients with lung cancer who have a previous history of smoking. “What this study argues is that even though these actionable findings are not very common, they are very treatable,” Aisner said.

In 2010, the Lung Cancer Mutation Consortium (LCMC) was established to determine the frequency of different oncogenic drivers in lung cancer, facilitate clinical protocol enrollment, especially for rare subsets, and enable the exchange of information and protocols among the institutions. A second cohort of patients (LCMC 2) were enrolled because additional oncogenic drivers were identified that could be targeted with novel genotype-specific agents.

In LCMC 2, 16 institutions across the United States enrolled 1367 lung cancer patients to study their tumors to identify whether a targeted therapy could be utilized. After applying eligibility criteria, there were 904 histologically confirmed cases with sufficient tissue for testing for at least 1 of 14 cancer related genes. Of the 904 patients, 63% were former smokers and 25% were never smokers.