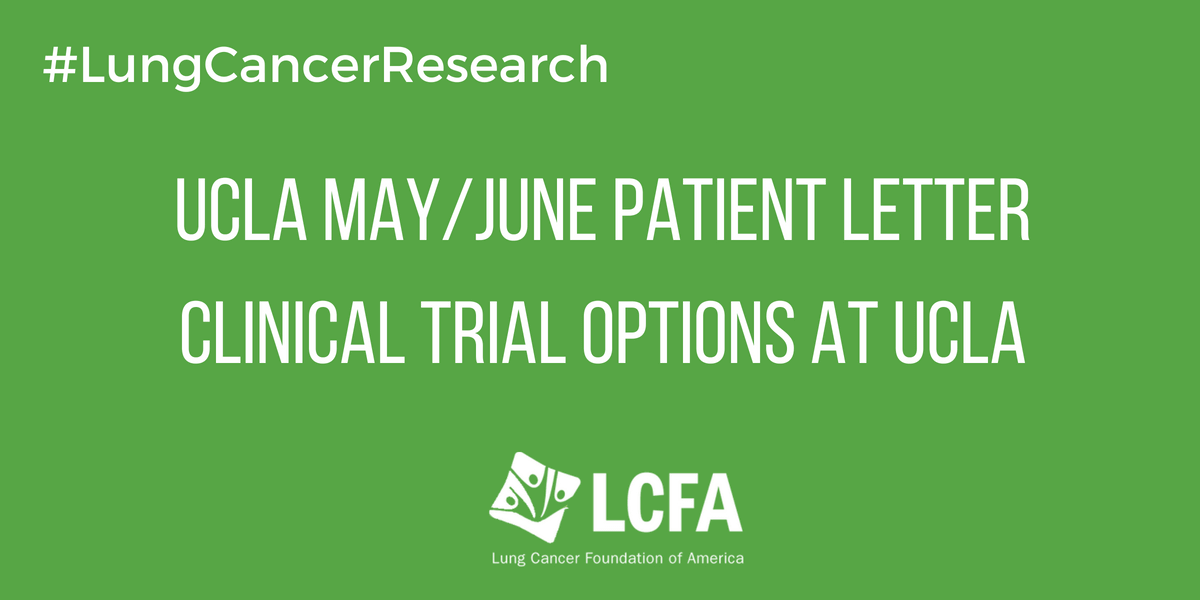 UCLA has received a $12 million grant from the California Institute for Regenerative Medicine (CIRM), which will fund a new phase 1 clinical trial at UCLA. This project, to be directed by Dr. Steven Dubinett in collaboration with the Thoracic Oncology Program’s Dr. Edward Garon, will investigate a new therapeutic combination for patients with previously untreated, advanced non-small cell lung cancer. Patients who are enrolled in the trial will receive the immunotherapy drug pembrolizumab in addition to CCL21 gene-modified dendritic cell (DC) therapy. This combination was devised in response to evidence that DCs expressing the CCL21 gene can encourage immune system cells called T cells to migrate into lung tumors, and increase anti-tumor T cell activity. However, Dr. Dubinett’s group has found that this CCL21 gene-modified DC therapy also increases expression of a molecule called PD-L1 in tumor cells, which has a negative effect on T cell activity. Since pembrolizumab operates by blocking the effect of PD-L1 on the immune sys- tem’s cells, it is possible that the combination of CCL21 gene-modified DC therapy with pembrolizumab will increase patients’ rate of response to therapy. The gene-modified DCs will be generated from patients’ own cells, and will be injected directly into their lung tumors on three separate occasions over a 42-day period. Patients will also receive pembrolizumab for up to one year after initiation of study treatment. We expect the trial to open to enrollment at UCLA Main Campus later this summer.

Dr. Jonathan Goldman’s CheckMate 817 study is now open for previously untreated, stage IV or recurrent non-small cell lung cancer (NSCLC) patients who show a high tumor mutational burden (TMB). TMB is a measure of the prevalence of mutations in patients’ tumors, which may be associated with improved responses to treatment. Patients must not test positive for certain mutations called EGFR and ALK, which are sensitive to targeted therapies. Patients who are enrolled in this study will receive the immunotherapy drug nivolumab in combination with another immunotherapy drug called ipilimumab.