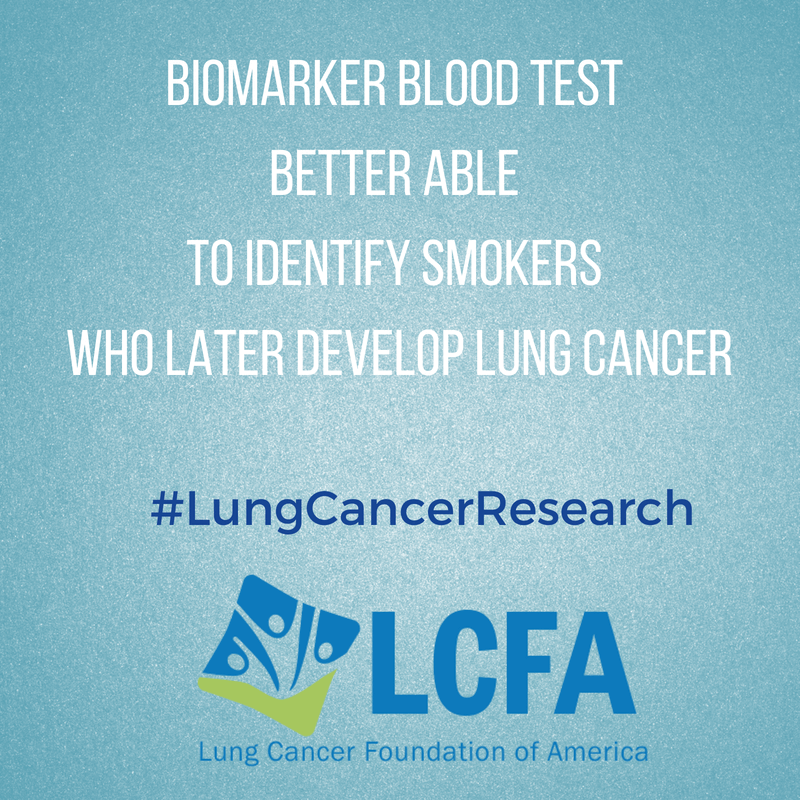 A four-protein biomarker blood test improves lung cancer risk assessment over existing guidelines that rely solely upon smoking history, capturing risk for people who have ever smoked, not only for heavy smokers, an international research team reports in JAMA Oncology.

The biomarker panel achieved superior sensitivity – identification of smokers who later developed lung cancer – without increasing false-positives compared to guidelines for screening approved by the U.S. Preventive Service Task Force (USPSTF) for heavy smokers based on age and smoking history.

USPSTF guidelines call for CT screening only of adults between ages 55 and 80 with a 30 pack-year smoking history who either smoke or have quit within the past 15 years.

“The biomarker panel more accurately identifies at-risk smokers who should proceed to screening, even if they’re not at the highest risk based on smoking history alone,” Hanash said. “A positive blood test means an ever-smoker is as much, if not more so, at risk of having lung cancer as a heavy smoker with a low biomarker score.”

The paper reports a validation study of the biomarker model in 63 ever-smoking patients who developed lung cancer within a year of initial blood sample collection compared to 90 matched controls in two large European population-based cohorts.

At the same level of false-positive rate (specificity) set by the USPSTF guidelines, the integrated test with biomarkers identified 63 percent of future lung cancer cases (40 of 63), compared to 42 percent (20 of 62) based on smoking history alone.

The improved detection rate, Hanash said, reflects the biomarker panel’s ability to identify at-risk people among the larger population of ever-smokers. In the validation study, smoking history did not improve prediction of future lung cancer cases beyond that provided by the biomarkers alone.

“We compared smokers with lung cancer to smokers who didn’t have lung cancer, and we showed there are biomarker differences between those groups, so it wasn’t only smoking status giving us differences,” Hanash said. “Then we compared cancer cases to the general population and found similar differences.”
Read LCFA co-founder and former smoker David Sturges’ journey of living with lung cancer and his dedication to seeking funding for additional lung cancer research.