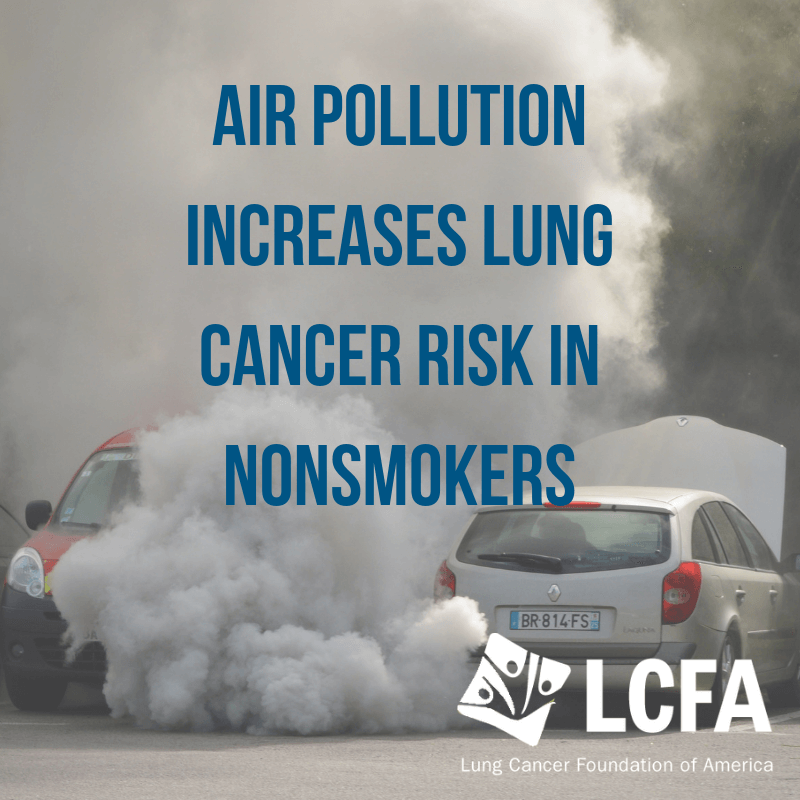 Among persons who have never smoked, women are far more susceptible than men to develop lung cancer when exposed to air pollution, new research shows.

The finding was presented during a press conference here at the 19th World Conference on Lung Cancer (WCLC).

Indeed, experts have estimated that 23% of lung cancer deaths worldwide are caused by indoor and outdoor air pollution, she added. In 2013, several expert organizations, including the World Health Organization, listed particulate matter of a concentration of 2.5 ug/m3 (PM2.5) as an environmental carcinogen.

The study focused on air pollution as an independent risk factor for lung cancer among patients who had never smoked.

It was conducted in 681 lung cancer patients, 35% of whom had never smoked. The remaining 65% either had a history of smoking or were current smokers.

The team carried out a detailed residential history regarding patients’ entire environmental exposure to tobacco smoke wherever they lived from birth until the present.

“We then input these coordinates into a geographic information system which allowed us to extract pollution surface data and compute the overall pollution exposure over their lifetime,” Myers explained. The researchers only tracked exposure to air pollution to 1996, “so we are probably underestimating their actual exposure history,” Myers observed.

“We found a significant association between lung cancer in never-smoking females and air pollution,” Myers reported.

In contrast, no association was seen between exposure to air pollution and lung cancer in never-smoking men, she added.

The researchers noted that levels of air pollution exposure were significantly higher among women who had never smoked compared to women who reported a history of smoking or who were current smokers.

For example, median exposure to air pollution among all cancer patients was 7.1 PM2.5 ug/m3.

Among never-smokers with lung cancer whose level of air pollution exposure was at the highest threshold, almost three quarters were women, and 83% were of Asian descent, the investigators report.

“Some important and significant differences were noted across the four groups,” Albain reported.

For example, rates of adenocarcinoma were higher in never-smokers than in ever-smokers.

Women were diagnosed with disease of lower stage than men, and more Asians made up the group of never-smokers in both sexes.

“And these various factors were also significantly more frequent in never-smokers,” Albain pointed out.

Importantly, more than 90% of never-smokers of both sexes reported a history environmental smoke exposure.

There was a “marked” increase in mutations in epithelial growth factor receptor (EGFR) in both women and men who had never smoked.

In contrast, more KRAS mutations were identified in men and women with a history of smoking.

All of these clinical variables had a major impact on overall survival to 8 years, Albain pointed out

Overall survival also consistently favored women over men, regardless of the stage at which the cancer was diagnosed.