Lysa Buonanno had returned to college and had just graduated with a Bachelor of Science degree when back pain that had been bothering her for months forced her into the emergency clinic. She asked to look at the Xrays of her lungs and noticed they were cloudy. Next, Lisa was transferred to the hospital where an MRI and CT scan showed that she had stage 4 lung cancer that had spread to her spine.

Although worried about paralysis because of the tumors’ location on her spine, she began a grueling series of surgery, radiation, and chemotherapy. After a year and a half of treatment, genetic testing showed she had a ROS1 mutation. This biomarker is common to only 1% of lung cancer patients. And fortunately, there was a drug, Xalkori, designed for that mutation. The drug usually only stops tumor growth in patients for an average of one year. But in Lysa’s case, it has kept her cancer in remission for over three years.

Lysa remarried in 2008 and has two children. In September of 2016, Lysa celebrated the 5 year anniversary of her diagnosis with a big party with family and friends.

“Statistically, I had a 2% chance of living 5 years so we are celebrating. Celebrating researchers for their advancements, celebrating God’s grace, and celebrating time with my family and friends.”

Lysa has participated in several Hope With Answers℠ projects – both video and podcast formats.

Hope With Answers℠ Podcast Series:
I have lung cancer- what now?

Lysa sparkled in LCFA’s inaugural Day at the Chef’s Table event. While sitting at the chef’s table, the event sponsors had front row seats to watch Chef Amar coach Lysa and Dr. Triparna Sen in a Patient Advocate vs Researcher challenge. This fun culinary competition raised over $50,000 to fund lung cancer research grants. 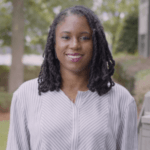 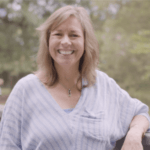 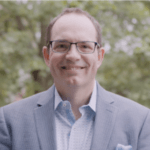