In 2006, Montessa Lee, a vegetarian and never-smoker, had Small Cell Lung Cancer. She was 28 years old. Treated with chemotherapy and radiation simultaneously, after six treatments, her scans were clean. Today, “survivorship team” follows her closely.

After being diagnosed, Montessa chronicled her experiences. She believed that her experience would be a healing testimony for some beyond herself. Through her journey, she birthed her memoir The Whispered Life. Since her diagnosis, she has pursued efforts to focus on lung cancer awareness and research. She has served as a consumer reviewer for the Congressionally Directed Medical Research Program and a Patient Representative for the FDA. In addition, she fought for a proclamation declaring November 2010 as Lung Cancer Awareness Month for the state of Maryland.

“I went to Google doctor and turned my anger after seeing the result. And both my grandfathers died of lung cancer, and seeing that nothing really had changed. And I turned that anger into advocacy.”

Montessa has been a guest on Hope With Answers: Living With Lung Cancer Podcast episodes:

Interviewing Dr. Vincent Lam, Montessa Lee was part of the Hope With Answers Video series about Chemotherapy for Lung Cancer Treatment. Recently she was part of LCFA’s 2021 Satellite Media Tour that showcased these new treatments for small cell lung cancer and some promising news about medicines that protect against the damage caused to bone marrow cells during chemotherapy. 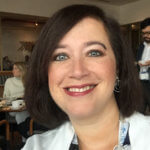 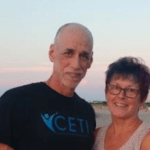