In the intermediate video, Jill and Dr. Lovly provide more details for those who need a deeper knowledge about issues surrounding lung cancer.

The in-depth Hope With Answers℠ video provides the next level of information for patients to understand treatment options, particularly if they’ve experienced resistance or if their lung cancer has progressed. Learn more through this conversation between Dr. Christine Lovly and patient advocates Jill Feldman and Montessa Lee.

Thankfully, the last factor has changed over the past few years due to scientists and doctors’ persistent research and other advances in the field. Now new treatments are available to offer hope to SCLC patients.

Limited-stage disease (LD) means the cancer is contained in one part of the chest. Although the tumor is in one place, surgery is rarely an option for limited-stage SCLC.

Extensive-stage disease (ED) means that the cancer has metastasized and spread to other parts of the body like the second lung, bone, or brain. Since SCLC, and lung cancer in general, is often not diagnosed until symptoms are present, most people (about 2 in 3) have extensive-stage SCLC when the cancer is found.

Radiation therapy can also be used to prevent SCLC from spreading to the brain. In the case of extensive-stage SCLC, it may be used to palliate tumors elsewhere in the body, such as in the brain or bone, before chemotherapy.

How a Small Cell Lung Cancer Patient is Outliving the Odds

Beginning in 2019, immunotherapy was added as part of the first-line treatment for extensive-stage small cell lung cancer. Immunotherapies can prolong the body’s response to conventional chemotherapy and offers a promising addition to SCLC treatment.

The immunotherapy drugs atezolizumab and durvalumab block the protein PD-L1 and boost the body’s immune response to cancer cells. When used in combination with chemotherapy, these drugs increased overall survival (OS) and progression-free survival (PFS) from chemotherapy alone.

Topotecan has been the standard chemotherapy drug for when SCLC comes back or spreads.

Chemotherapy: Lubinectedin
In 2020, the FDA approved the new chemotherapy drug lurbinectedin (Zepzelca) to treat metastatic SCLC that has progressed on or after platinum-based chemotherapy. Lubinectedin works by selectively blocking oncogenic transcription, or the process by which tumor cells reproduce. It interferes with the tumor cells’ reproduction cycle and causes cell death.

Lubinectedin’s approval was based on a phase 2 trial that evaluated the drug’s effectiveness in previously treated patients with advanced solid tumors. The study showed an overall response rate of 35 percent with a median duration response of 5.3 months.

The results of a recent phase 1b/2 trial presented at the World Conference on Lung Cancer in January 2021 showed a combination of lurbinectedin and irinotecan could be an effective second-line treatment for patients. Both patients with platinum-sensitive and nonsensitive disease exhibited improvements, as well as patients with brain metastases. The overall response rate (ORR) was 62 percent.

The safety and efficacy of lurbinectedin in combination with the immune checkpoint inhibitors nivolumab (Opdivo) and ipilimumab (Yervoy) is currently being investigated in a clinical trial among patients with relapsed or recurrent SCLC.

Data from a phase 2 trial presented at the World Conference on Lung Cancer in 2021 showed improved outcomes for patients who have received prior treatment when apatinib is combined with a single-agent chemotherapy. The results showed promising efficacy and high tolerability for patients with advanced SCLC. Patients with limited-stage disease benefited as well, showing higher progression free survival rates (PSF).

This is good news, as the drug currently has Orphan Drug status in the US, with approval pending on the demonstration of efficacy and safety.

Personalized medicine involves treatments that are tailored to an individual’s body and specific cancer. In addition to targeted therapies like apatinib, research has furthered our understanding of small cell lung cancer and offered pathways to more effective and focused treatments for SCLC patients.

Although immunotherapy has become a standard of care, it has had limited success with SCLC. A study published in February 2021 may explain why; different drugs may be more or less effective for each subtype.

Researchers from The University of Texas MD Anderson Cancer Center categorized small cell lung cancer tumors into four major subtypes based on gene expression. Previous research had identified three possible subtypes but left a large number of tumors unclassified. The team pinpointed the fourth subtype by the inflamed gene signature with a high expression of multiple immune genes. They also identified potential therapeutic targets for each. The fourth group, for example, has a distinct biology that tends to be more responsive to immunotherapy.

Biomarker testing, also called genetic mutation testing or genomic testing, looks at the specific mutations in tumor cells. These biomarkers can then be used to determine the best treatment options for a lung cancer patient.

Tumors that have high PD-L1 expression from the outset are more likely to respond to immunotherapy. This response makes it possible to initially treat these patients with immunotherapy drugs to

The genetic determinants of small cell lung cancer have not received much attention because an outsized number of cases are attributed to smoking. But a new study from the Center for Cancer Research identified specific inherited mutations that increase an individual’s risk of developing SCLC.

The study found patients with inherited mutations had a better prognosis than patients without the mutation. They stayed in remission longer than their counterparts following standard platinum-based chemotherapy. These patients may be more likely to benefit from chemotherapy and other treatments that exploit the cancer’s inability to repair damaged DNA.

In February of 2021, the FDA approved the drug trilaciclib (Coasela) for patients with extensive-stage SCLC undergoing chemotherapy. Trilaciclib limits the damage chemotherapy causes to bone marrow, called myelosuppression. This treatment makes patients less susceptible to fatigue and infection and less likely to need rescue interventions during treatment. They are more likely to finish their treatment on schedule. 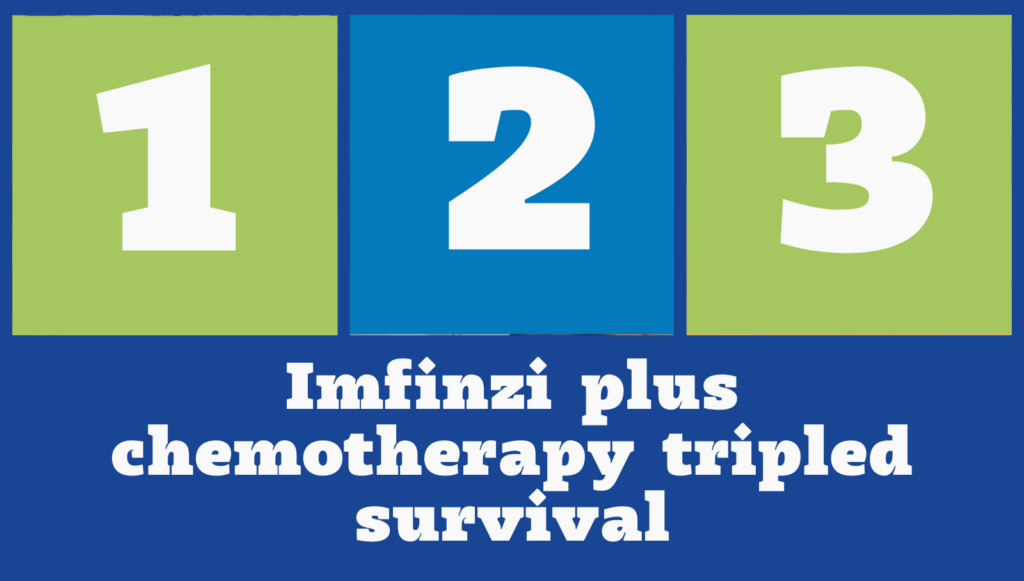 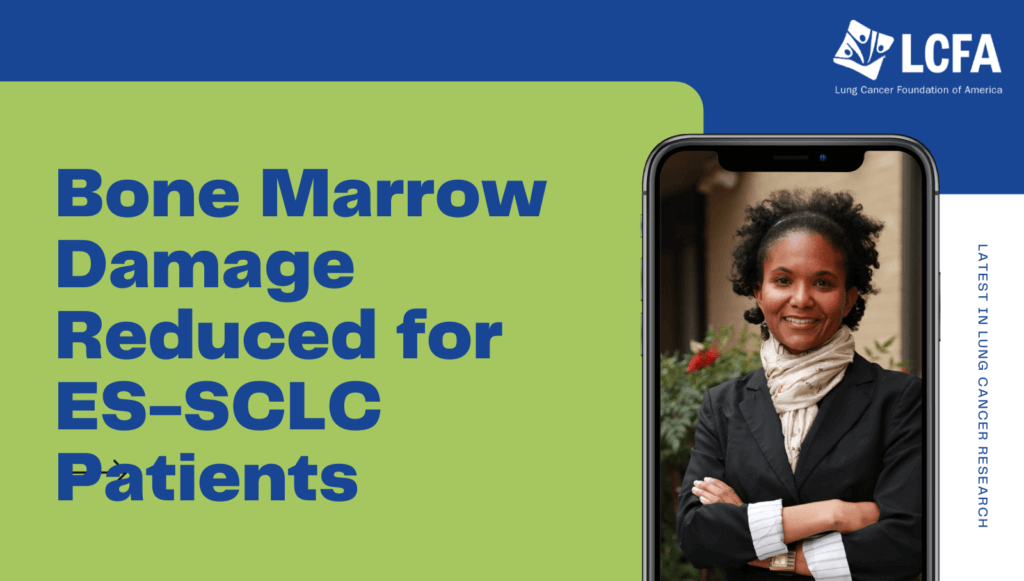 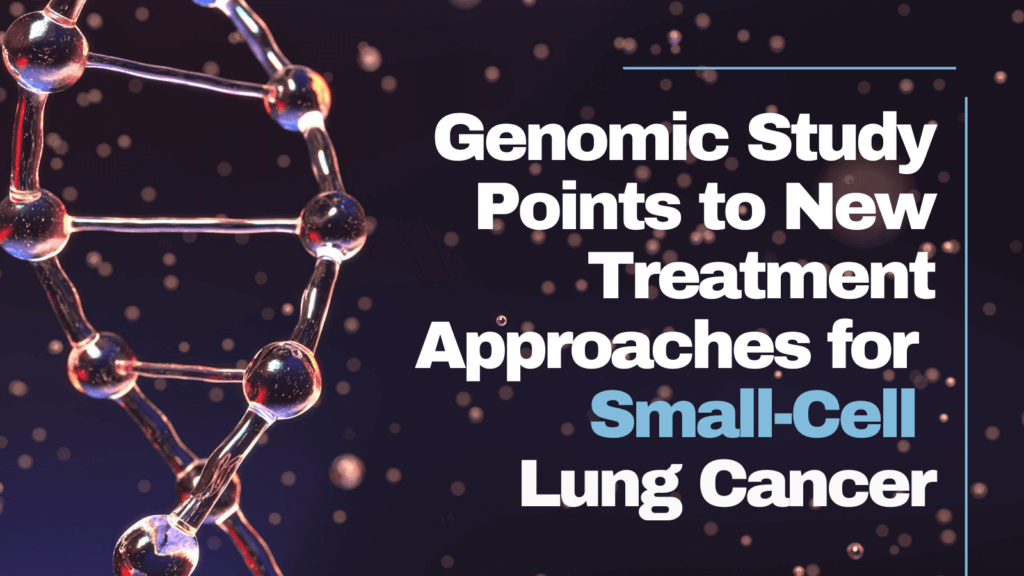 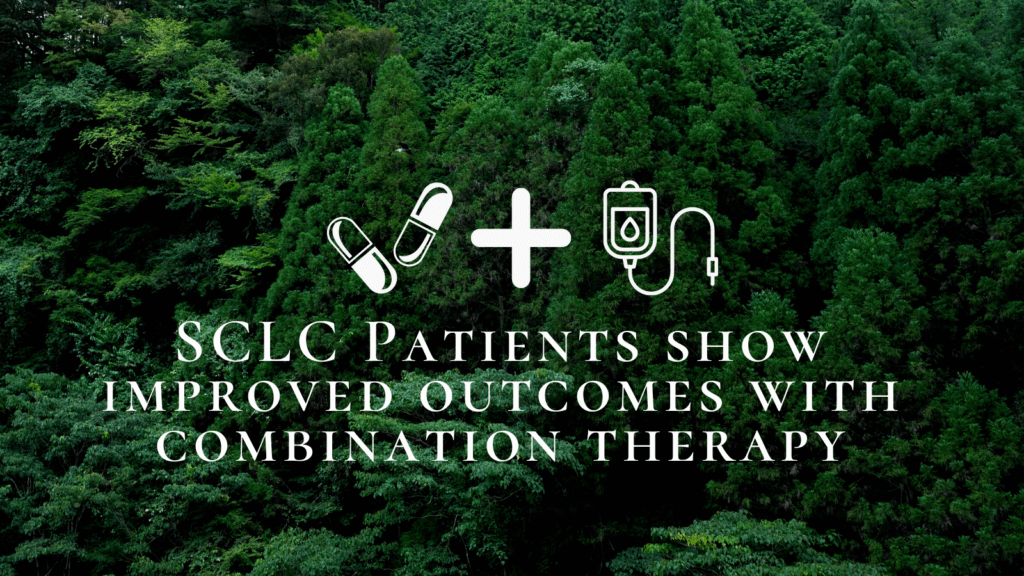 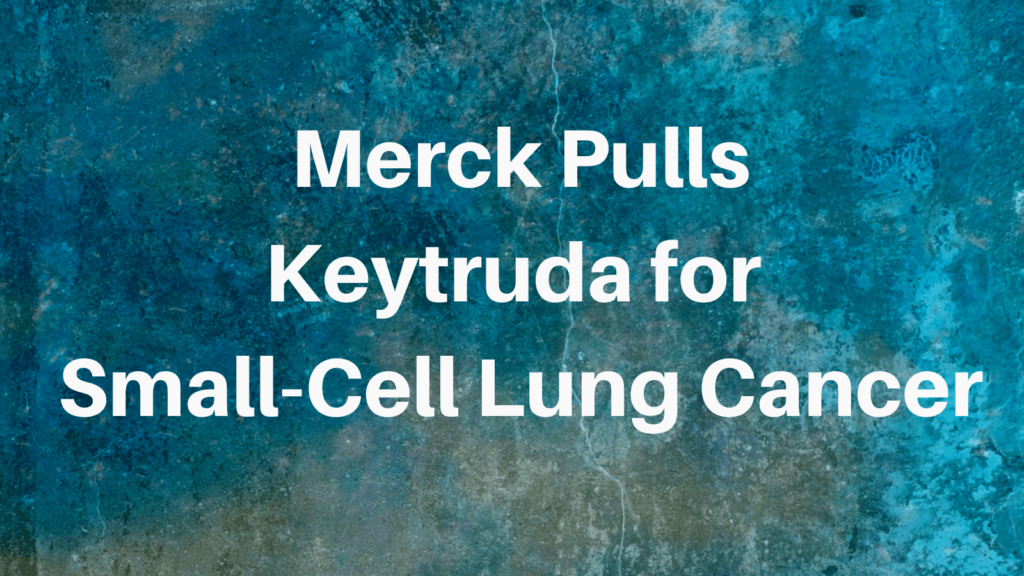 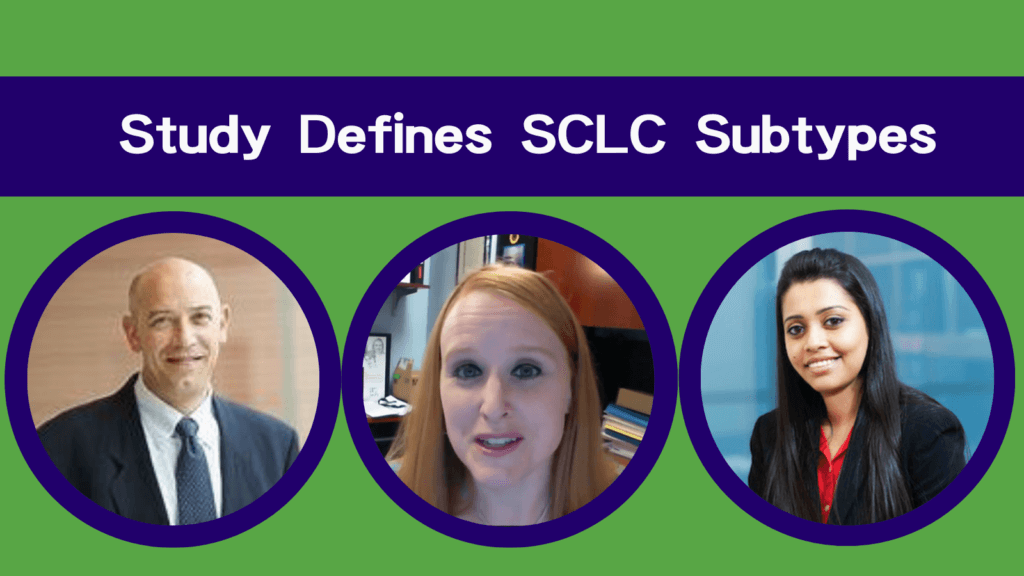 In 2006, Montessa, a vegetarian and never-smoker, had Small Cell Lung Cancer. She was 28 years old.

Treated with chemotherapy and radiation simultaneously, after 6 treatments, her scans were clean. Today, she is followed closely by a “survivorship team”.

LCFA is committed to keeping you up to date on the latest, most hopeful, and helpful information. View the latest lung cancer research news or start your information search here.

Advances in small cell lung cancer treatment have only occurred because researchers have secured the funding they need to conduct their research. Donate to LCFA and help fund Young Investigators looking to provide hope to patients with lung cancer and their families.