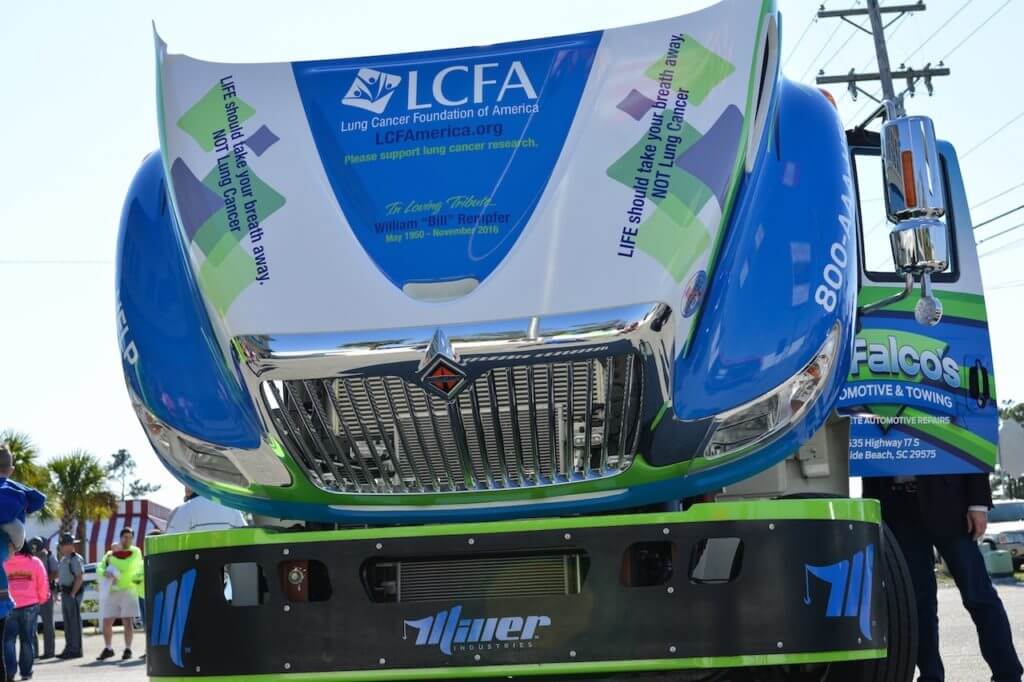 The Rempfer family, who owns Defalco’s Automotive and Towing in Surfside Beach, unveiled a new truck on Saturday that’s branded with the ‘Lung Cancer Foundation of America’ logo. It’s in memory of William Rempfer sr., who died of lung cancer back in November. Dozens of family members and friends attended the unveiling, as well as members of Surfside police and state troopers, who escorted the new truck into the lot of the business.

Rempfer’s youngest daughter, April, says she feels there is a need for greater education about lung cancer in the community. She says she hopes the new truck will promote awareness. “I hope that no one has to endure the pain of this disease. Through his legacy, he built this his entire life, so i know he’d be proud that it’s on there and helping other daughters and children around the world,” she says.