July 5th, 2018
Why non-smokers are getting lung cancer 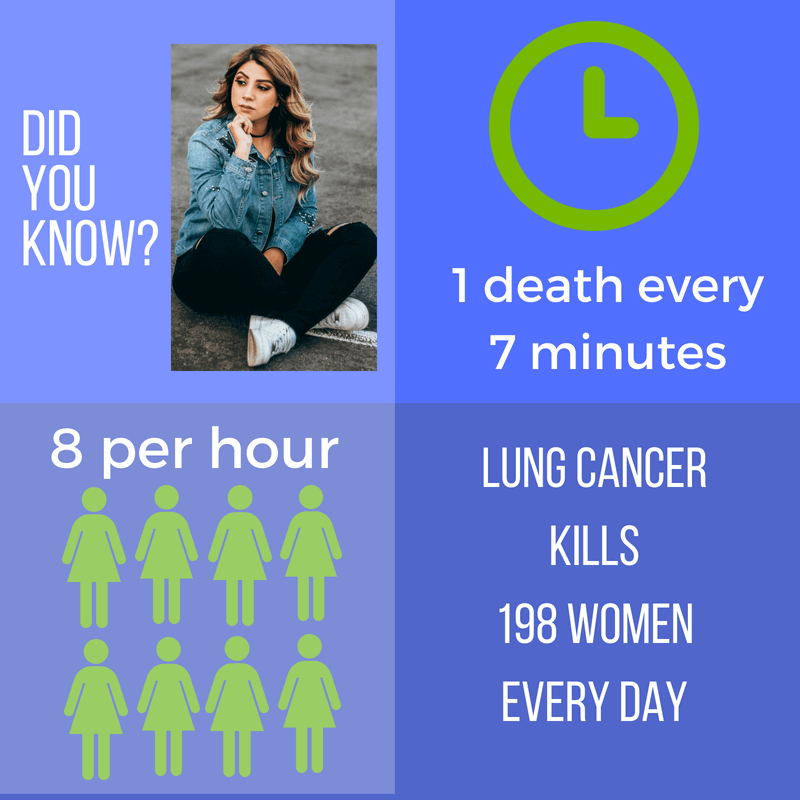 Lung cancer is commonly associated with smoking. But rates of the disease among non-smokers – and women – are rising.

As a lung cancer researcher and patient advocate at Trinity College Dublin, Anne-Marie Baird gets mixed responses when she tells people about her profession. One of the more memorable was when, at a scientific conference, she was asked “Why would you even bother researching that? They deserve it – and they’re all going to die anyway.”

Lung cancer is the most common cancer globally, with 1.8 million new cases diagnosed worldwide in 2012 (the most up-to-date figures available). Although 58% of new cases were in developing countries, the disease is a widespread problem – 45,000 people are diagnosed with it annually in the UK, 230,000 in the US and 12,500 in Australia.

A common view of lung cancer is that it is self-inflicted by smoking – and that the problem will eventually disappear when everyone gives up the habit. But aside from the fact that none of this helps former or current smokers who currently have the disease, there are two major flaws with this thinking.

First, lung cancer cases aren’t declining across the board.

The gender gap is one obvious example. More men than women still are diagnosed with lung cancer – in the US, a man’s lifetime risk is 1 in 15 while a woman’s is 1 in 17. But while a recent US study found that rate of lung cancer among men continues to fall, in young white women it has increased. And globally, while the number of men diagnosed with lung cancer has dropped over the last two decades, among women it’s risen by 27%.

Researchers aren’t sure why. But there is some science to suggest that women might react differently to nicotine, and that women’s DNA is damaged more easily and more profoundly by carcinogens in tobacco.

The health risks to women also may be becoming apparent later because women began smoking after men. Few women smoked in the 1920s in the US, for example. But as the habit began to be marketed – and seen – as a symbol of emancipation, female smoking rates rose. One study of more than 100 countries found that the link between gender equality and female smoking rates endures.

“Women’s empowerment must continue,” write Hitchman and Fong. “But does the bad necessarily have to follow from the good?”

But while smoking causes approximately 85% of lung cancers – and the single biggest thing we can do to reduce our risk of getting lung (and other) cancers is not to smoke – not smoking is not a guarantee.

“Non-smoking lung cancer is not a trivial issue,” says Charles Swanton, chief clinician of Cancer Research UK. “In my practice, 5-10% of patients have never smoked.”

This, too, seems to affect women differently: one study has found that one in five women who develop lung cancer have never smoked, compared to one in 10 men. A review of lung cancer patients undergoing surgery from 2008 to 2014 in the UK, meanwhile, found that 67% of those who never had smoked were female.