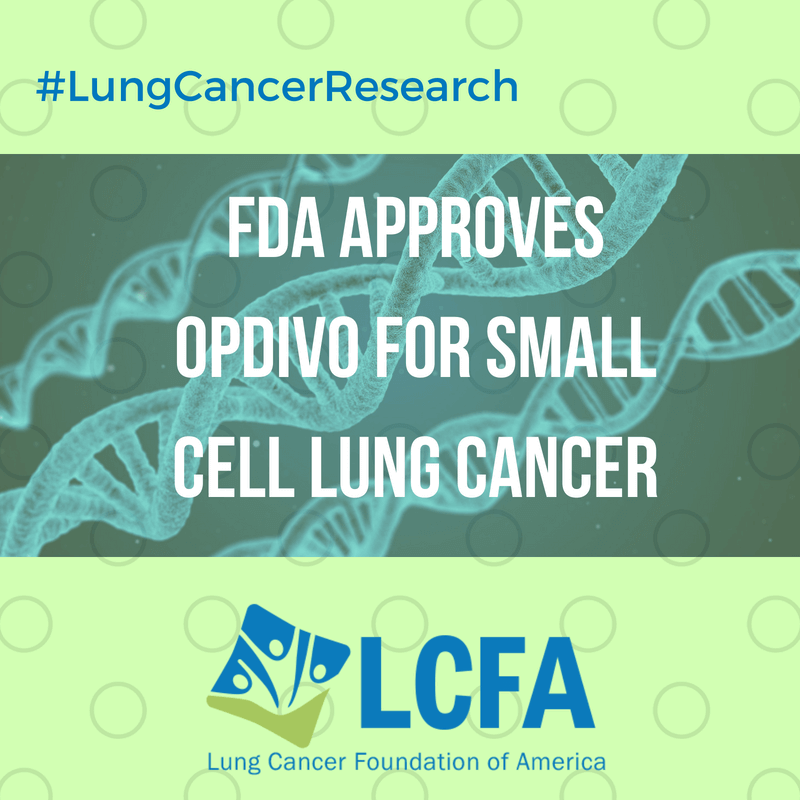 The US Food and Drug Administration (FDA) has approved nivolumab (Opdivo, Bristol-Myers Squibb) for the treatment of patients with metastatic small cell lung cancer (SCLC) whose cancer has progressed after platinum-based chemotherapy and at least one other line of therapy, according to the company.

Nivolumab was granted accelerated approval for this indication on the basis of overall response rate and duration of response; as such, further proof of benefit in confirmatory trials may be required to establish full approval.

Until now, there have been no accepted or FDA-approved regimens for patients with SCLC whose disease has progressed after first- and second-line treatments, according to experts.

Nivolumab becomes the first new drug in nearly 20 years for this patient group, according to the company.

“Today’s approval of nivolumab is particularly exciting, considering it is the first checkpoint inhibitor approved for these specific patients, and now we can finally treat this devastating disease from a different angle,” said Leora Horn, MD, director of the thoracic oncology program, Vanderbilt University Medical Center in Nashville, Tennessee, in the company statement.

The approval was based on efficacy and safety data from the phase 1/2 CheckMate-032 trial. In that trial, 109 patients received nivolumab after platinum-based chemotherapy and at least one other prior line of therapy, and 12% responded.

Patients received nivolumab 3 mg/kg by intravenous infusion over 60 min every 2 weeks until disease progression or unacceptable toxicity. The first tumor assessments were conducted 6 weeks after the first dose and were continued every 6 weeks for the first 24 weeks and every 12 weeks thereafter.