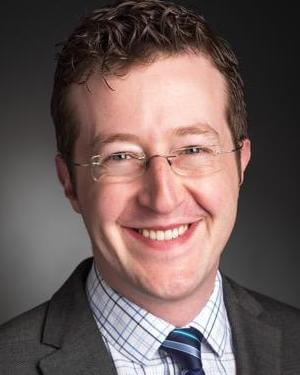 I am a researcher and thoracic medical oncologist specializing in immunotherapeutic drug development, adoptive cell therapy and fundamental tumor immunology research at the Princess Margaret Cancer Centre & University of Toronto. My research focuses on the development of novel immunotherapeutics including immune checkpoint inhibitors, immune agonists, vaccines and epigenetic therapy. I am primarily interested in understanding the mechanisms of primary and acquired resistance to immunotherapy and developing tissue and blood based biomarkers as well as animal models to better understand the biology of anti-tumor immune responses. I have particular interest in the development of novel experiment models to understand the fundamental immunologic mechanisms that underpin anti-tumor immune responses and have focused specifically on the development of novel humanized mouse patient derived xenograft (PDX) models. I also have a strong interest in characterizing myeloid derived suppressor cells (MDSCs) as well as innate-like T-cell populations including mucosal-associated invariant T-cells (MAIT cells) and their role as mediators of anti-tumor immune responses.

The treatment of lung cancer has been recently revolutionized by the development of immunotherapies such as PD1 inhibitors. However, our understanding of the immune cell populations that produce resistance to standard immunotherapies is limited. Myeloid cells are a unique population of immune cells associated with poor response to immunotherapy. Our group has recently identified that the expansion of a specific myeloid cell known as M-MDSCs and production of a protein known as TSLP may mediate resistance to immunotherapy as well as rapid progression in patients with metastatic lung cancer. This study will explore the relationship between the presence of M-MDSCs cells in the blood and tumor, factors produced by these cells such as TSLP, and the likelihood of resistance to immunotherapy.

Our overarching hypothesis is that M-MDSCs cells and associated TSLP production serve as the key mechanistic cell populations producing resistance to treatment with immunotherapy. We propose to characterize the presence of M-MDSCs in the blood and tumor biopsies of 150 patients with metastatic lung cancer treated with a PD1 inhibitor. The proposed study will be the first to evaluate the relationship between M-MDSC populations and TSLP production on response to PD1 inhibitors in lung cancer. The outcome of this study has significant potential to identify an entirely novel biomarker capable of identifying patients that will not benefit from immunotherapy as well as identify potential novel therapeutic targets including M-MDSCs broadly as well as TSLP specifically.