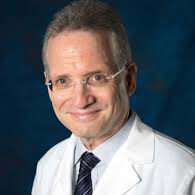 Dr. Steven Dubinett has extensive experience in academic investigation, administration, mentorship and peer review. He has received federal peer-reviewed funding for translational lung cancer research for the past 20 years. Dr. Dubinett is nationally recognized for translational research in the immunobiology of lung cancer. Building on original discoveries regarding the role of inflammation in the pathogenesis of lung cancer he has developed a translational research program, which now utilizes these laboratory-based discoveries in the clinical setting. He has been involved in mentoring trainees at all levels in a peer-review funded, translational research program. Twenty of the 23 post-doctoral fellows from his research program are currently continuing in either academic or industry research careers. He has been active both within the training programs in the UCLA academic community and, nationally, in setting policy as a member of foundation and NIH training committees on training. He recently served on the NCI Translational Research Working Group and has served as a mentor for the American Association for Cancer Research grant writing workshop for the past seven years.

He has served on numerous study sections and special emphasis panels for the NIH including chair of the study section for the Lung SPOREs, reviewer for PO1s, the EDRN, Clinical Oncology and Tumor Microenvironment study sections and site review teams for the NCI intramural programs. Dr. Dubinett serves on numerous committees for professional societies including the ASCO Education Committee, the AACR – Cancer Epidemiology and Prevention Awards Selection Committee, the ATS Clinical Problems Program Committee and the organizing committee for the IASLC World Conference on Lung Cancer. He currently serves on the External Advisory Boards (EABs) for the Lung Cancer SPOREs at Colorado and Vanderbilt and the mesothelioma PO1 at the University of Pennsylvania. He served as a member of the NCI TRWG. He has received competitive awards for lung cancer research including the Cecile Lehman Mayer Research Award, the Helen Neufeld Award and the Career Investigator Award from the American Lung Association. In 2008 Dr. Dubinett received the American Thoracic Society Award for Scientific Achievement. He was the Scientific Program Chairperson for the Seventh Annual AACR International Conference on Frontiers in Cancer Prevention Research.