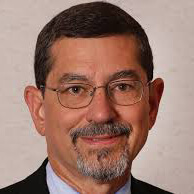 David Carbone graduated summa cum laude from Amherst College in 1977 and received an MD and a PhD in Molecular Biology and Genetics at Johns Hopkins University in 1985. He then did an Internal Medicine internship and residency at The Johns Hopkins Hospital through 1988 followed by a Medical Oncology fellowship at the National Cancer Institute in Bethesda, MD. In 1991 he was appointed Assistant Professor at the University of Texas Southwestern Medical Center and was promoted to Associate Professor with tenure in 1995. He was recruited to Vanderbilt University in 1996 where he was promoted to full Professor in 1998. He served as Professor of Medicine, Cell Biology, and Cancer Biology at the Vanderbilt University Medical Center and Director of the Experimental Therapeutics Program and the Thoracic Oncology Center at the Vanderbilt-Ingram Cancer Center. He was also Director and Principal Investigator of the Vanderbilt Specialized Program of Research Excellence (SPORE) in Lung Cancer and the Strategic Partnering to Evaluate Cancer Signatures UO1 consortium. In 2012, Dr. Carbone joined Ohio State’s Comprehensive Cancer Center – James Cancer Hospital and Solove Research Institute. He is a professor in the Division of Medical Oncology and will be developing and leading a new thoracic oncology center. The thoracic oncology center will bring physicians and scientists together to develop new and targeted approaches to treating and curing lung cancer. Dr. Carbone’s research interests, grant support and publications have been focused on lung cancer, and specifically proteomic and expression array signature development, lung cancer genetics, cancer immunotherapy, tumorassociated immunosuppression mechanisms and gene therapy. Recent research directions include molecular profiling of lung cancers and preneoplasias, especially the use of mass spectrometry-based proteomics. He has over 150 peer-reviewed publications and review articles, has served on several NCI grant review panels, including the clinical program project parent committee, and has continuous NCI funding since early in his career. He has served on organizing committees for both ASCO and AACR and is currently Chair of the Lung Biology subcommittee for the Eastern Cooperative Oncology Group and currently serves on the Board of Scientific Counselors for the NCI.  Currently, he is President of the IASLC through 2017.