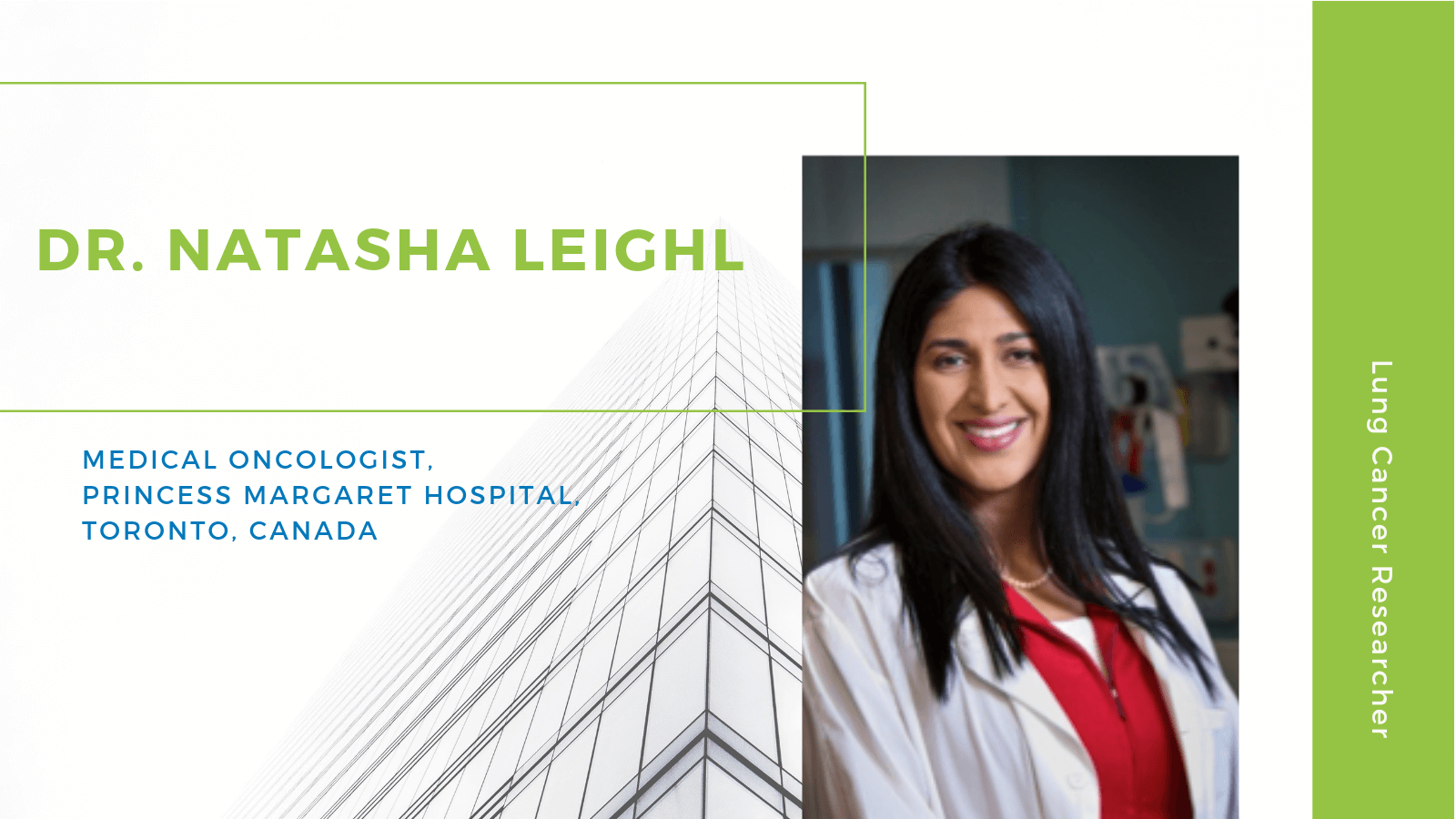 Natasha B. Leighl, MMedSc, MD, FRCPC, FASCO, a medical oncologist at the Princess Margaret Cancer Centre, in Canada, and professor in the Department of Medicine at the University of Toronto, is the recipient of the 2019 Excellence in Teaching Award. Dr. Leighl is also a member of the LCFA Scientific Advisory Board.

A Mentor to Many

Not only does Dr. Leighl conduct clinical and health outcomes research, she also serves as a mentor to residents and fellows and collaborates with them on their research endeavors. The experience has launched the careers of many young oncologists while broadening Dr. Leighl’s own research interests.

“It is wonderful to work with colleagues who start as students and evolve into leaders in oncology,” Dr. Leighl recalled. “We’ve had many trainees where we start doing small projects and watch them go on to publish in Journal of Clinical Oncology and become leaders—clinician scientists, program directors, and great oncologists. It has been a privilege to watch their evolution, which has reinforced my own excitement about teaching.”

A recent fellowship graduate was interested in looking at the financial implications of cancer treatment within the context of the public health system. To make this determination, she developed a framework that helped the oncology team evaluate lung cancer drugs and better understand the financial effects of treatment. “The framework is really exciting because it gives us a tool to help us potentially eliminate the financial barriers to care,” Dr. Leighl said.

In addition to considering treatment challenges from a public health perspective, Dr. Leighl also works with research scientists to look at the mechanisms behind cancer drug resistance and sensitivities.

“Together, we can address questions like why a specific drug works better and longer for some people than for others, and what makes treatments lose their effectiveness,” she said. “Such collaborations help bridge the gap between the clinic and the lab.”

An Activist in the Oncology Community

Throughout her career, Dr. Leighl has participated in numerous activities in the oncology community. She is a member of the Lung Cancer Disease Site Group Executive Committee of the Canadian Cancer Clinical Trials Group (CCTG) and was co-chair of the Working Group on Economic Analysis of the CCTG. Dr. Leighl has also served on the ASCO Thoracic Guideline Advisory Group, the International Association for the Study of Lung Cancer Career Development, and Continuing Education Committee subcommittee. Natasha is also co-section editor of The Oncologist and Current Oncology.

Previously Dr. Leighl served as web editor of Journal of Thoracic Oncology,associate editor of the ASCO Educational Book, and was on the Royal College of Physicians and Surgeons of Canada Medical Oncology Examination Board. In addition, she was co-president of the 2018 World Conference in Lung Cancer, and past president of Lung Cancer Canada.

Dr. Leighl’s efforts have been motivated by one overarching goal: to bring excellent care to patients. To that end, Dr. Leighl is eying another group that can help: the growing number of cancer survivors who can harness their own experiences to advocate for the best possible care.

“Bringing together scientists, providers, survivors, and the general public is a powerful way to build a large network for lung cancer,” Dr. Leighl said. “We now have the potential to leverage science to help patients and the tools to consider clinical value, costs, and accessibility to care simultaneously. Whatever we can do to inspire and train the next generation of oncologists to help with this effort is a worthy investment.”