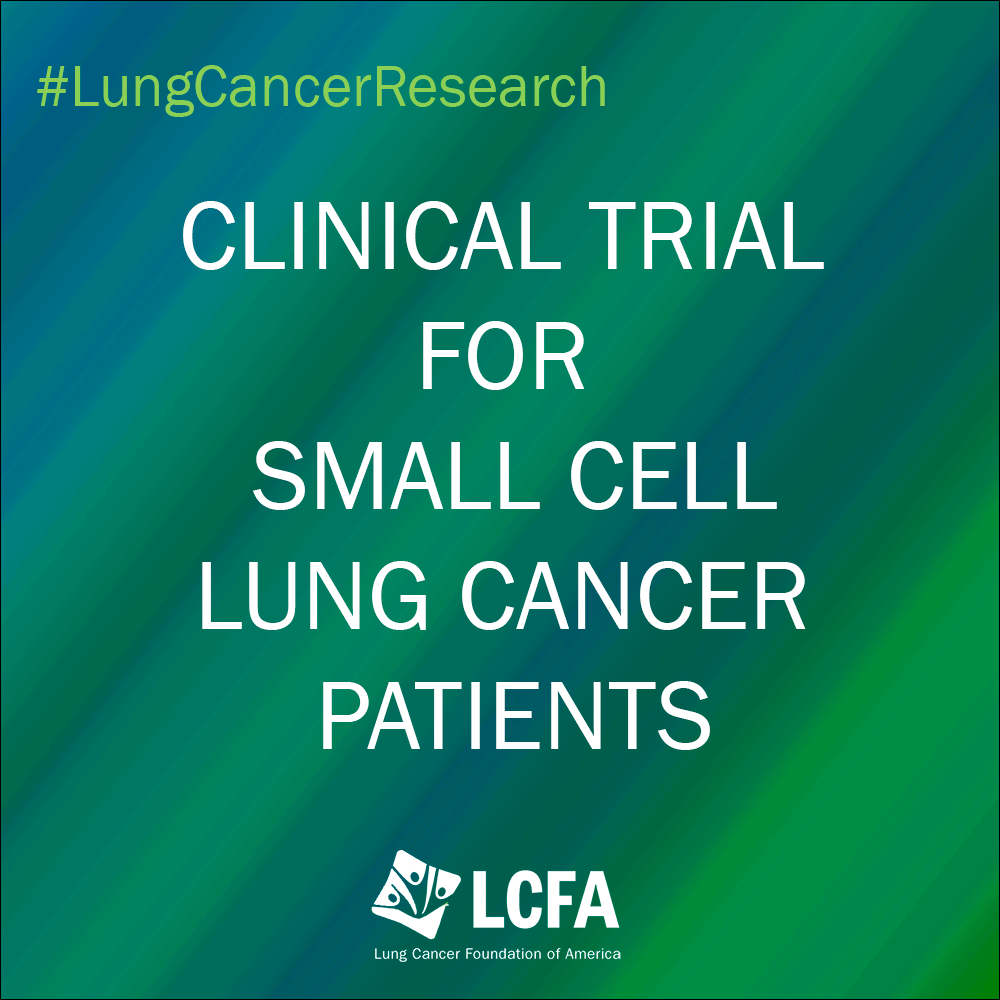 Extensive-stage small cell lung cancer patients who have received no prior systemic treatment: Dr. Jonathan Goldman’s AZ CASPIAN trial is expected to complete enrollment of new patients in the next 1-2 months, after which the study will be closed to new patient accrual.

Patients who are enrolled will receive the immunotherapy drug durvalumab in combination with chem- otherapy. Some patients will be randomized to receive another immunotherapy drug called tremelimumab in addition to durvalumab and chemotherapy. The study is currently open to enrollment at UCLA Main Campus, and at TRIO-US sites in Ft. Wayne, IN; Grand Junction, CO; Paducah, KY; Orlando, FL; and Wichita, KS.

Results of the KEYNOTE-189 Clinical Trial

KEYNOTE-189 was a phase 3 study of the drug pemetrexed plus platinum-based chemotherapy in combination with either the immunotherapy drug pembrolizumab or placebo in previously untreated, advanced NSCLC patients lacking EGFR and ALK muta- tions. A total of 616 patients were randomized to receive pemetrexed and platinum-based chemotherapy plus either pembrolizumab or placebo. The authors found that the estimated rate of overall survival at 12 months was higher in the pembrolizumab combination group with 69.2% of patients still living, compared to 49.4% in the placebo combination group.