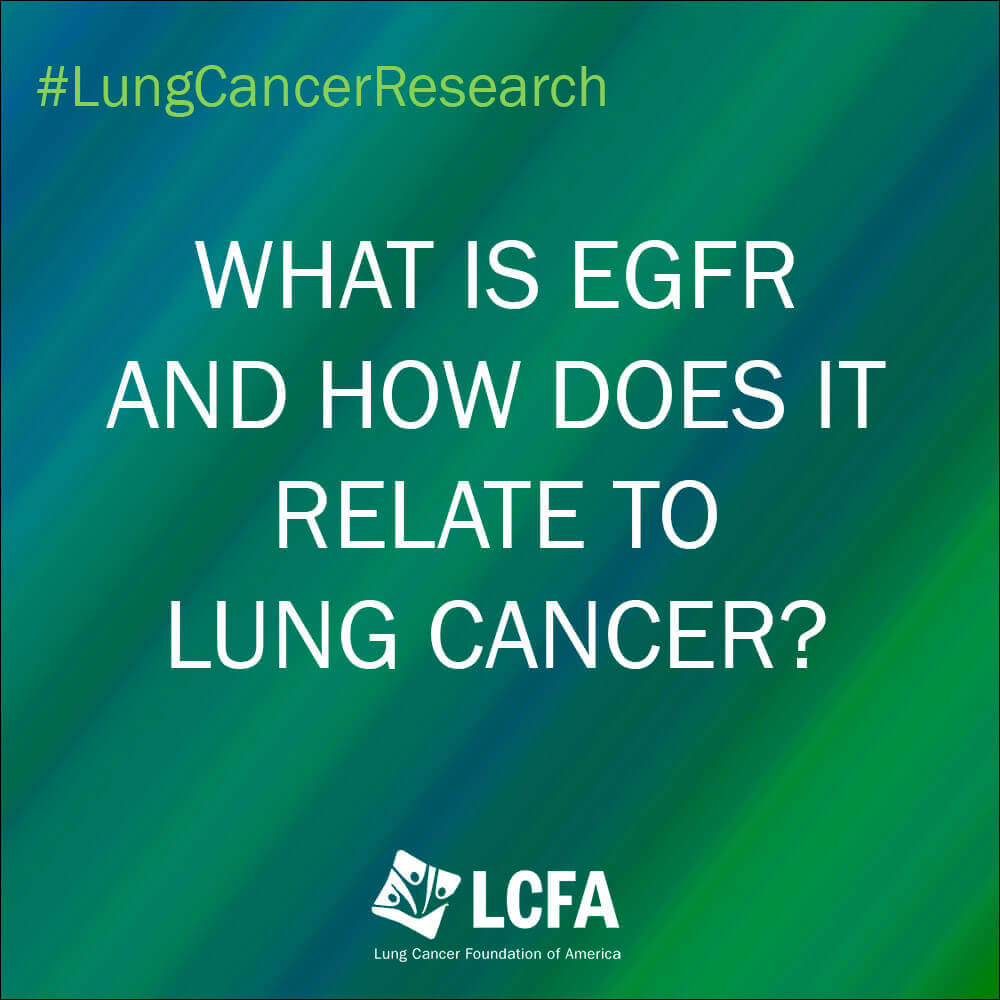 For some patients, drugs targeting this genetic mutation may mean better results than chemotherapy.

These new, more precise variations on how lung cancer is defined are resulting in better treatments. “The field by and large is moving away from treating everyone with lung cancer as having the same disease. We’re breaking [lung cancer] down into smaller and smaller diseases that all happen to start in the lungs,” Pennell says. “And we’re trying to personalize the treatment for the individual characteristics of each person’s tumor.”

EGFR is leading the way forward with this more targeted approach to diagnosis and treatment. EGFR stands for epidermal growth factor receptor. It’s a protein on the surface of many cells in the body that binds with epidermal growth factor, another protein that helps cells grow and divide normally. Both EGF and EGFR are part of a normal, healthy cell, the American Society of Clinical Oncology reports. But, “when there are too many receptors caused by a mutation, as happens in cancer, the cancer cells continue to grow and divide. In the United States, about 15 percent of patients with non-small cell lung cancer have mutations to the EGFR.”

A mutation to the gene controlling EGFR production also results in changes to the way the receptor behaves, says Dr. David P. Carbone, director of the Thoracic Center and professor of medicine at the Ohio State University James Cancer Hospital in Columbus. These mutations can cause genetic “sequence alterations” that result in the receptor “acting like it’s stuck on,” meaning that the receptor continues to attract epidermal growth factor proteins to the cells’ surface. This can fuel abnormal cell growth, which is what cancer is. Carbone says EGF was initially discovered in the 1960s and by the late 1990s, researchers had begun finding ways to exploit the relationship between EGF and EGFR for therapeutic ends.
How can I find out if my lung cancer is EGFR-positive?
How do Targeted Therapies for EGFR-positive lung cancer work?