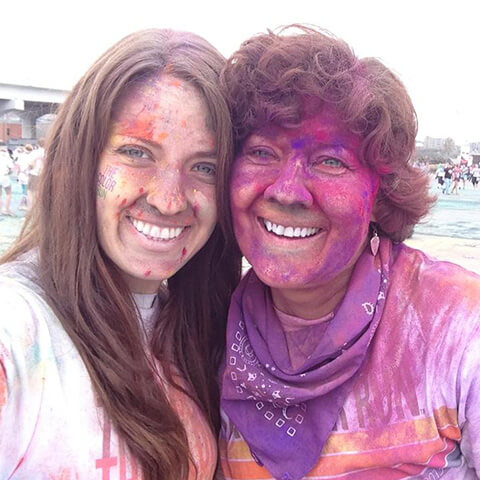 A registered nurse and mother of three daughters, Lori was diagnosed with Stage IV lung cancer in September, 2001, at age 42. Nobody suspected lung cancer because Lori had quit smoking at age 28. While the diagnosis was shocking and devastating, the prognosis was horrifying. Lori sought a second, third, and even a fourth opinion. Using her own medical knowledge and tenacity, Lori began to advocate for herself in a way that few lung cancer patients could. Her ability to speak the language of medicine was combined with her empathy for all patients. Not only did she push for her own treatment, but she recognized the importance of medical research in the development of new options for lung cancer patients.

Lori developed an insider’s knowledge of the key institutions, projects, and personnel in the world of lung cancer research. She leveraged this knowledge, combined with her considerable Southern charm, to address the lack of funding for lung cancer research, along with the stigma endlessly encountered by lung cancer patients. Lori founded Lung Cancer Foundation of America with Kim Norris, a lung cancer widow, and David Sturges, another survivor, in 2007. LCFA’s mission is the dramatic improvement in survivorship of lung cancer patients through the funding of transformative science, with the ultimate goal of curing the disease.

Twelve years after her diagnosis, Lori lost her battle with lung cancer on November 30, 2013. Her spirit, passion, commitment, and values continue to drive our organization in all we do.