When rural Minnesota music teacher Shelly Engfer-Triebenbach started getting winded while doing the Hokey Pokey with her students, she knew something was wrong. She went to a doctor who gave her antibiotics for what was initially diagnosed as pneumonia. But days later learned that the shortness of breath was due to stage 4 non-small cell lung cancer.

Although the first biomarker testing for the ALK or EGFR biomarkers came back negative, Shelly felt something was not right. Recognizing the value of getting a second opinion, Shelly sought out a second and then a third consultation. And in the case of Shelly, some test results can be flawed. The discovery of Shelly’s ALK+ biomarker “was like winning the lung cancer lottery. There are so many other things available. It was a total life-changer.”

“My priorities shifted.  I had been very career oriented even working on moving from the role of teacher to administrator. But then I looked at my life and knew I wanted to spend more time with my kids.  I replaced music conferences with lung cancer conferences. One thing I learned: if you are not at peace with your diagnosis or treatment, seek out other options.”

Shelly Engfer-Triebenbach’s advocacy for herself throughout her lung cancer journey inspires her family and fellow lung cancer patients.

Shelly has been a guest on Hope With Answers: Living With Lung Cancer Podcast episode.

What does it mean to be “living with lung cancer”?

Shelly was a participant in LCFA’s #LivingWithLungCancer Social Media Takeover on August 1, 2021 as part of World Lung Cancer Day.

Read Shelly Engfer-Triebenbach’s story: Getting a second opinion: Self-advocacy in the face of lung cancer 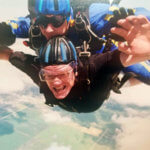 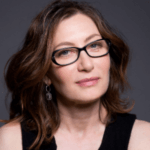