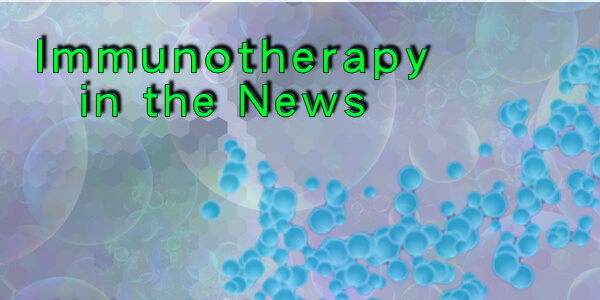 Merck’s Keytruda has done it again. The company reported data from its Phase III KEYNOTE-189 clinical trial of Keytruda in combination with pemetrexed (Alimta) and cisplatin or carboplatin in first-line treatment of metastatic non-squamous non-small cell lung cancer (NSCLC). It met both primary endpoints.

“KEYNOTE-189 showed significant improvement in overall survival and progression-free survival for patients receiving Keytruda in the first-line setting in combination with traditional chemotherapy, compared with those receiving chemotherapy alone,” said Roger Perlmutter, president of Merck Research Laboratories, in a statement. “We are deeply grateful to the KEYNOTE-189 patients and investigators for their important contributions to this landmark study, and we look forward to presenting the data in the near future.”

Merck stock rose five percent to $61.65 in premarket trading. CNBC reports, “The results present a challenge to Swiss drugmaker Roche and Merck’s U.S. rival Bristol-Myers Squibb both of which are developing key lung cancer combination treatments of their own. Roche said last month its immunotherapy Tecentriq, when combined with other drugs, doubled the percentage of lung cancer patients who survived a year without their disease advancing.”

Both Roche and Bristol-Myers Squibb shares dropped slightly in premarket trading at the news today, 2.5 percent and two percent, respectively.

Keytruda is currently approved to treat several different types of cancers, including lung cancer, as a monotherapy and as a combination therapy. It is an anti-PD-1 compound that increases the immune system’s ability to detect and attack tumor cells. It is a humanized monoclonal antibody that interferes with the interaction between PD-1 and its ligands, PD-L1 and PD-L2, which as a result, activates T-cells that attack the cancer cells.