September 12th, 2017
Lung Cancer: Is Your Doctor Screening You for the Best Treatment? 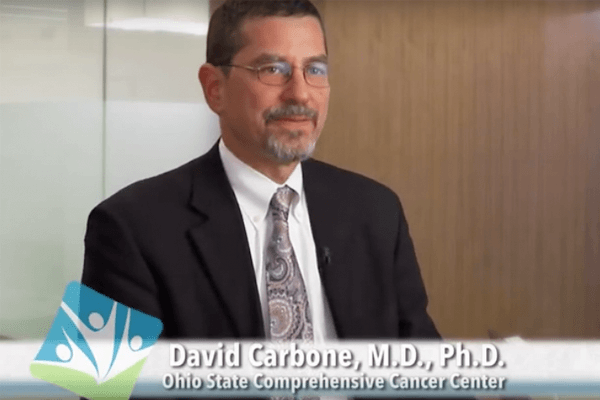 Is your lung cancer doctor screening you for the best treatment? Not every eligible lung cancer patient receives the new, lifesaving therapies they should. Here’s what’s going on and how to keep it from happening to you.

Lung cancer treatment has undergone a revolution in the past few years. Doctors are now able to identify key information about individual tumors — from genetic mutations to highly prevalent proteins — and treat them with targeted therapies. The rub? Not all patients get their tumors tested for this information, and even when they do and the results indicate they’re eligible for the therapies — many don’t get them.

This problem was brought to light in June 2017 at the annual meeting of the American Society of Clinical Oncology, when Olivier Tredan, MD, PhD, a scientist and the chair of the department of medical oncology at the Centre Léon Bérard in Lyon, France, reported that of nearly 2,000 patients with a variety of different cancers he studied, 676 could have been treated with targeted therapies, but only 143 actually were. According to this French study, the patients often didn’t get the therapies because some aren’t yet approved there.

Experts say that many lung cancer patients in the United States miss out on these therapies, too — although often for different reasons.

“In the U.S., the issues are that the tests aren’t always ordered by the treating oncologist, and even when they are, the results may not be completely translated into getting the appropriate therapies to patients,” says David Carbone, MD, PhD, the director of the James Thoracic Center at the Ohio State University Comprehensive Cancer Center in Columbus.

For patients who might be treatable with these new therapies and who don’t receive them for one reason or another, it’s a lost opportunity, says Dr. Carbone, who is also on the Lung Cancer Foundation of America‘s Scientific Advisory Board. “You’re not just prolonging life by six weeks,” he says. “You’re taking someone from having extreme pain and shortness of breath and maybe coughing up blood back to normal, sometimes for years.”