Todd Hoffman
As Told By His Wife, Lisa 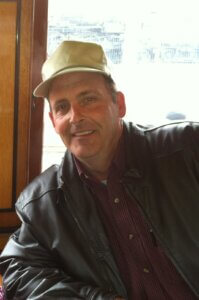 My husband Todd, had been a smoker since he was about 18 years old. He was the owner of his own Excavating Company and got along well with all his fellow competitors, as they always helped each other out. He enjoyed playing Texas Hold ‘em and he was a true animal lover. We purchased a farm in 2001 with hopes of raising our 2 sons the way we had been brought up…. In the country, with chores, tractors, pastures and livestock.

Todd started to feel bad approximately 9 months before we knew what was wrong. He quit smoking on August 10th, 2013. Nine days later we were told at 3:30am in the emergency room that the CAT scan was showing a large mass in the right lung and that we needed to see a surgeon for a biopsy immediately. Results from that were confirmation that it was Non-Small Cell Carcinoma Lung Cancer and those were absolutely “Life shattering” words.

In those first few weeks, we read all the information we could round up. Todd told me how he was so discouraged by the statistics showing that there had been little to NO advancement in the survival rate of lung cancer patients in the past 30 years. I couldn’t believe there was no cure.

Todd told me repeatedly that I needed to face reality and that in one year, he probably wouldn’t be here. I was in denial through the radiation and two rounds of chemo. Then a third round of chemo showed no difference in the tumor. We were told to wait and see if possibly the tumor was in remission.

Unfortunately it wasn’t and Todd started to have problems with food getting caught in his esophagus. On Aug 28th, 2014 he was doing well and he drove when we went for some lunch.

In the late afternoon he coughed up blood and we ended up in the emergency room. It had been just over a year since we had been there last. After several more episodes, the doctors were having trouble stopping the bleeding and he was flown to the University of MD Medical Center in Baltimore, where he passed on August 31, 2014 surrounded by his family.

I was asked if I would agree to a partial autopsy since this was a “teaching hospital” and they could learn from his cancer. I agreed, knowing that is what Todd would have wanted. It was learned that the tumor was being fed from the main pulmonary artery and that it became weak and ruptured.

When making the arrangements for his funeral we wanted to find an organization for donations that would do further studies into RESEARCH FOR A CURE. Our son’s girlfriend came up with LCFA and the more I learn about this foundation, the more I am honored to be involved with them.

Todd would have been overwhelmed with his family and friends supporting him through “Tribute Donations“! 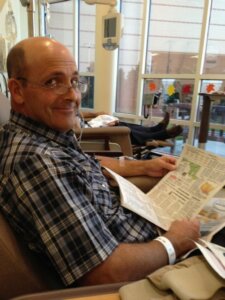